But what does that mean for Sara and Lincoln?

The new trailer for the forthcoming fifth season of 'Prison Break' has arrived and it's official; Michael Scofield is alive. While the concept may annoy some cynics, we've already been promised a good explanation as to how he survived, though they're not giving that away just yet. 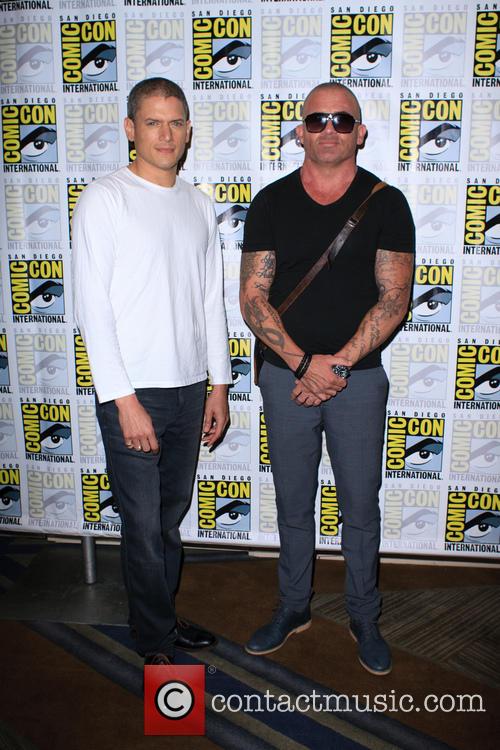 Those who watched 'Prison Break: The Final Break' will remember how Michael (Wentworth Miller) sacrificed himself in an explosion in a bid to rescue his pregnant wife Sara (Sarah Wayne Callies) from Miami-Dade State Penitentiary where she was falsely imprisoned. He even left her and his brother Lincoln (Dominic Purcell) a DVD explaining why he did what he did, implying that he didn't have long anyway with his brain tumour.

Only now it seems that Michael has survived both blowing up and a terminal illness, because some years on he's locked up at Ogygia Prison in Sana'a, Yemen. When Lincoln discovers this, he wastes no time getting ready to make his way over there and break out his brother once again with the help of their mutual pal Fernando Sucre.

However, series creator Paul T. Cheuring assured reporters that his survival isn't the only thing viewers should be contemplating. 'Michael doesn't just come out of the gates the noble hero', he explained. 'The question is, who is this guy? Has he been compromised? Is he even Michael? was he the Michael that we knew all along? And that's one of the central things that runs through the course of the season, and that's fun when your protagonist may not even be a good guy.'

Plus, when it comes to him being reunited with Sara again and his son for the first time, it may not be the happy ending you'd expect. 'I think from her perspective, the question is, 'If you have been alive, why haven't you raised our son? Where have you been?'' Callies said on a Television Critics Association panel yesterday (January 11th 2017).

'Those are a lot of questions that I think make it unlikely to be a reunion where two people run at each other from opposite sides of the field full of butterflies and sort of fall into each other's arms.'