For years, Wentworth Miller was the cerebral heavily tattooed Michael Schofield on Fox's drama Prison Break. Men wanted to be him, women wanted to be with him, and Miller appeared to have American television, and potentially Hollywood at his feet.

However, it didn't all go to plan for the actor. Post Prison Break, the top scripts didn't fly through the letterbox and Miller turned to screenwriting, penning the Nicole Kidman-starring Stoker under a pseudonym.

Last month, Miller came out as gay when he posted a letter on GLAAD's website declining an invitation to attend the St Petersburg International Film Festival because he felt "deeply troubled" by the government's treatment of its gay citizens. Last year, Russia banned "propaganda of nontraditional sexual relations."

In his letter, Miller wrote: "I cannot in good conscience participate in a celebratory occasion hosted by a country where people like myself are being systematically denied their basic right to live and love openly."

Over the weekend, Miller spoke at the Human Rights Campaign Dinner in Seattle, saying he tried to commit suicide multiple times as a youngster because he couldn't handle keeping his sexual identity a secret. The actor explained how he downed a bottle of pills at his home, though wasn't crying out for help because "you only cry for help if there is help to cry for," reports TMZ.com.

The actor also discussed the torture of working in Hollywood as a closeted actor, explaining he wanted to be the role model he never had, "to be the someone else, that no one was to me."

After the relative success of Stoker, Miller is likely to be working on more writing, though his next project will see him once again in front of the camera, in  Erik Van Looy's thriller The Loft. In a movie that sounds suspiciously similar to Danny Boyle's Shallow Grave, it follows five friends who share a loft for their extramarital affairs though begin to question one another after the body of an unknown woman is found in the property. 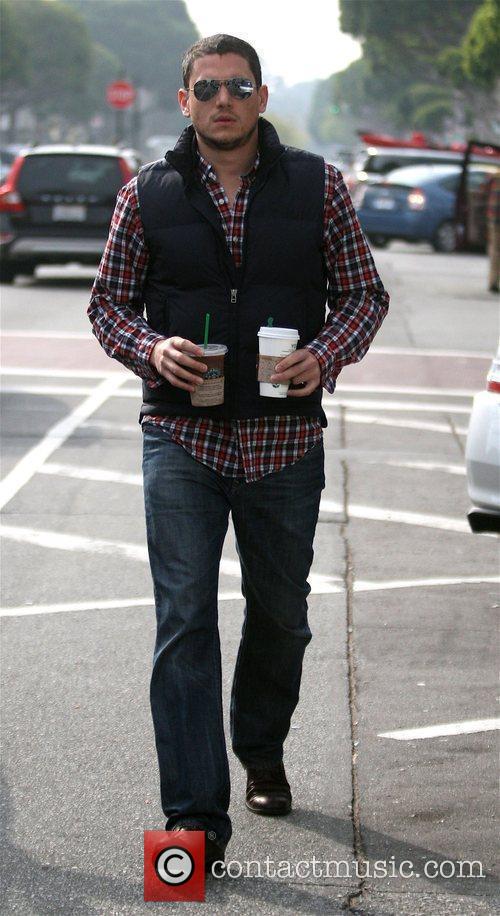 Wentworth Miller's Got The Coffee!