The talk show host explains everything about her disastrous Halloween show.

Wendy Williams is feeling a lot better after her frightening fainting episode live on TV this week, and even gave a detailed explanation about what happened on her talk show yesterday. There's nothing seriously wrong with her however, and she's determined not to let it happen again. 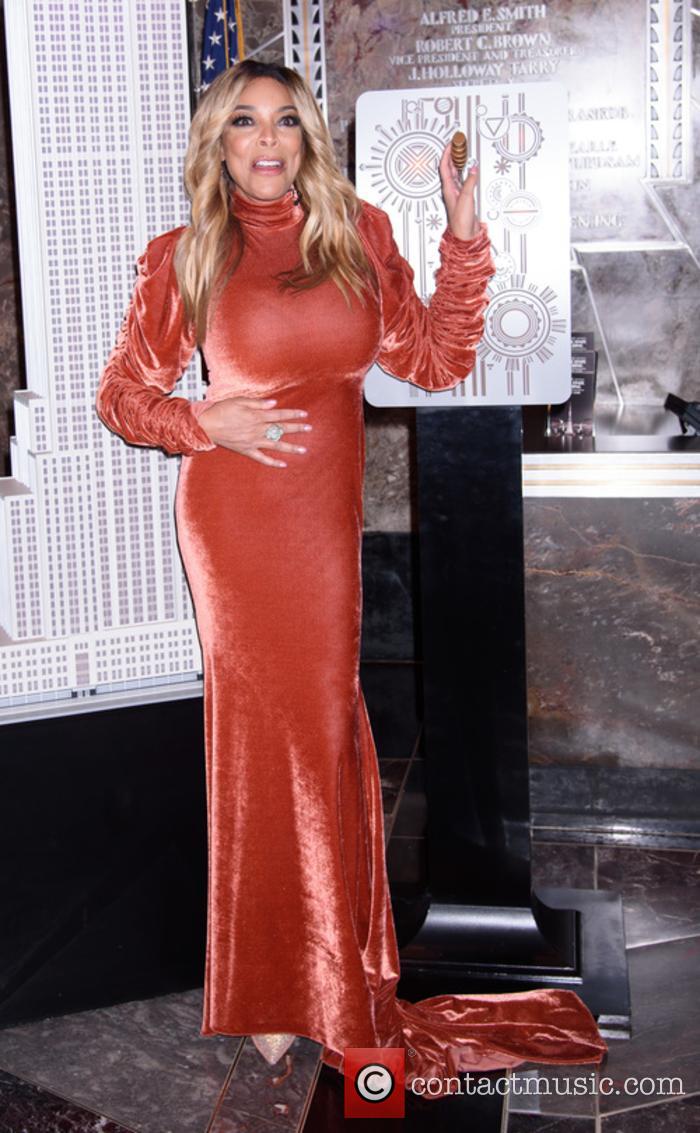 The 53-year-old host collapsed on Tuesday (October 31st 2017) after over-heating in her Statue of Liberty costume towards the end of a live Halloween special of her show. She reveals that she started to feel 'weird' during the commercial break, but soldiered on for the remainder of the show anyway.

'A lot of people thought that was a joke, me fainting on my set. No, that was a not a joke', she told her audience. 'I don't want to fall. I'm a tall woman, and it's a long way down. I'm also a woman of a particular age, and I'm not trying to break anything. Also I don't do stunts and jokes for you like that. I don't need that.'

She explains that she was being briefed by a producer around 48 minutes into the show, but she couldn't take in anything said producer was saying. 'All I heard was 'blah, blah, blah' and all I'm thinking is, 'Wendy, oh my gosh'', she recalls. 'The crew brought out the clear plexiglass podium that you saw - we were about to do our Halloween costume contest... I'm like, 'All right, Wendy. At least you're wearing flats and you're holding onto this and there's only 12 more minutes of the show. You can do it girl'.'

However, she started feeling 'hot and dizzy' as she went to the teleprompter to begin the game. 'That's when you saw me with the eyes', she adds, referencing her wide-eyed terror and choking up as she remembered how scared she felt as the wave of heat overwhelmed her.

'It was scary', she sobbed. 'It was so scary, all I could think of in the middle of the scare was, 'Don't pull the podium over on you, because that'll make it worse.''

Many viewers Tweeted about the fact that she grabbed her head before falling to the ground, and wondered why she did that rather than grab onto something.

'That was because I promised myself two things', she went on. 'First of all, this is never going to happen again. Second of all, if it's going to go down, it's got to be as cute as I can make it. So I'm going down with the crown, and I'm not pulling this plexiglass podium to break my bones.'

She was told that she was only down for around three seconds and initially fell onto her butt before rolling on to her back and hitting her head. 'I have no headache, no lump on my head. At 53 years old, no aching in my body. I am shocked', she said.

It was her husband who ushered her backstage so that she could gather herself to finish the show because he knew that's what she would want to do, being the 'champ' that she is. Afterwards, paramedics checked her blood pressure and heart rate which were both fine, but found that she was low on electrolytes.

As if things couldn't get crazy enough, the paparazzi were all over the place when she left the studio to get into her car, and she admits that it made her feel like Diana Ross. Thankfully, they didn't follow her all the way to New Jersey.