Weapons of Mass Belief - Death Of A Nation Video 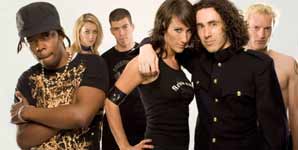 "Best of the bunch are intelligent punk-rap politicos Weapons Of Mass Belief'Ã¢Â€Â¦ updated Dead Kennedys/Rage Against The Machine dynamics for these paranoid times. They'll be storming the palace come 2006" KERRANG!

"Death Of A Nation is about watching our nations die through cultural corrosion Ã¢Â€Â“ urban alienation, religious fanaticism, racism, a brainless media Ã¢Â€Â“ at the same time being part of that death, being responsible for it somehow, but not knowing how to change anything - and finding a voice that can be heard" explains JG.

The Weapons' story starts in the sleepy seaside town of Penarth in Wales, where brother/sister rappers JG and Georgia G grew up (along with their other sibling, recording artist Jem). After relocating to London with the band last year they unleashed their debut single 'Terrorist Youth' to critical acclaim - "Welsh punk politicos unleash a hugely promising debut single" declared Kerrang!

Banged up at Her Majesty's pleasure for nine months at 21, prison changed Georgia G's life, and it was there that she developed her poetry into rap. She will be a guest speaker at Birmingham University Debating Chamber and London University (on 13th October and 3rd November respectively) rapping her prison argument. Georgia was also guest speaker at the Oxford University Union Debating Society earlier in the year against Jonathan Aitkin MP on Prison reform.

Weapons are currently putting the finishing touches to their debut album recorded at Courtyard studios, due for release Spring 2006. Catch Weapons live:

Weapons Of Mass Belief, Death Of... 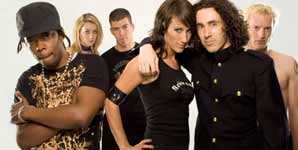 Weapons of Mass Belief - Death of a Nation