Review of Towards Album by We Were Evergreen

We Were Evergreen are a French indie-pop trio made up of multi-instrumentalists Michael Liot, Fabienne Débarre and William Serfass. Having formed in 2008, they've released three EPs and this is their debut full length album 'Towards'. 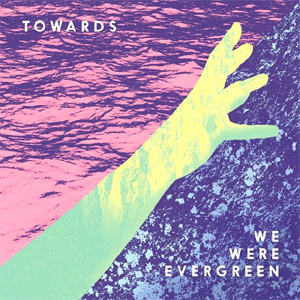 After short intro/instrumental 'III' we have 'False Start', a very promising opener that has a glamorous pop sound with folk elements, such as a xylophone. We Are Evergreen come across as confident and out to impress. The xylophonic effect of 'Daughters' makes it fairly light, but considerably less upbeat in comparison with Débarre's whispered lyrics, 'We're not gonna make it'. The robotic vocals and lower key makes 'Quicksand' even darker, however the album also starts getting duller which is unfortunately a problem that gets worse as the record progresses.

'Towards' then goes into mess of poor songs; 'Antlers' has a nice Hawaiian vibe with the ukulele taking the forefront but, boy, does it drag on! It feels like it's two minutes longer than it should be as the song goes into a clutter of babbling vocals and synths. 'Overnight' is basic indie-pop, with vocals reminiscent of Neutral Milk Hotel and a light bass/synth combination. The multi-instrumentation is impressive across these songs as the synths mixed with xylophone and ukulele makes for a cool sound overall. The problem is with the songwriting; as good as some ideas and textures may be, they're not delivered with any charisma to be memorable.

'Tambourine Like A Crown' is also of a generic indie-pop nature, but this one is at least catchy with its summery vibe and a beat similar to The Cure's 'Close To Me' so it's a shame that this is not the case with some of the other songs. 'Golden Fire' has drawn out vocals and playful synths making it one of the stronger tracks on 'Towards', but it's still nothing amazing. The album (finally) ends on the sweet 'Kilmore's End'; it's ukulele driven and, like 'Tambourine Like A Crown', it chooses catchiness over originality, but you've got to wonder why We Were Evergreen aren't aiming for both consistently through the album when they're clearly capable of achieving it.

We Were Evergreen are a band with a decent sound but they repeatedly fail to deliver catchy melodies - and, with pop songs, you really want a good chorus stuck in your head. If all the songs had the same great mix of flavours that 'False Start' does, then this would've been a more impressive album. Unfortunately though, it's a different story altogether.