Over the past decade or so, the number of duos making the rounds appears to have skyrocketed. For a little while you just had The White Stripes. Then there was Death From Above 1979 and The Black Keys. Pretty soon you had Blood Red Shoes, MGMT and The Kills. With this in mind, in 2014 being a two-piece is not such a huge gimmick anymore. It is a good job then that We Cut Corners - and this, their second album 'Think Nothing' - are so good that they do not need to rely on gimmicks. 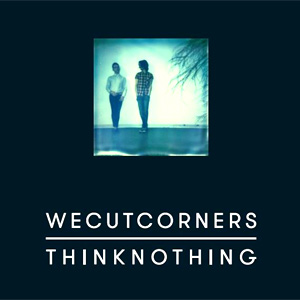 Consisting of a pair of primary school teachers from Ireland, We Cut Corners are an interesting proposition. They blend together a number of styles and genres to create a sound which is entirely their own and, over the 10 songs on offer here, they get to exploring that sound. The old adage goes that you should always leave the people wanting more and, clocking in at a sniff over 27 minutes, 'Think Nothing' demonstrates that to a tee.

The album begins with the stark and delicate folk whisper of 'Wallflowers'. To begin with, this appears to be a fairly bog standard acoustic work-out before it transitions with some inspired blues chords into a dramatic, string laden finale. This is the work of a band who refuse to sit still. 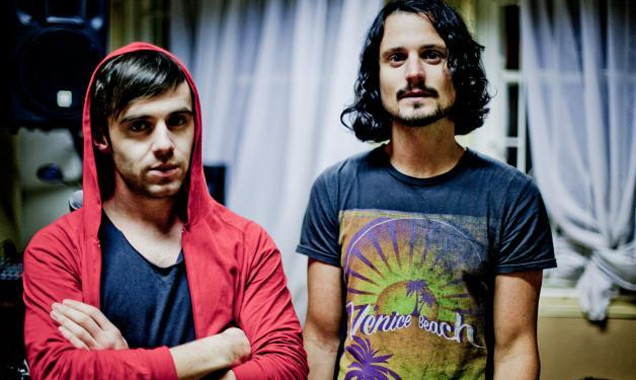 Dublin duo We Cut Corners caught up with us to talk about the release of their second album 'Think Nothing'. Their latest offering further adapts the sound of We Cut Corners' distinct lyrical rawness with some heavy guitar chords and fierce drum beats. Mix that with some soft acoustic harmonies and the two ex-primary school teachers are ready to deliver another dose to the fans. Taking much influence from their homeland of Ireland, as well as bands like Vampire Weekend, the band are happy to remain as a two-piece and bring their sound to the festivals and stages of the UK and Ireland throughout the year.

Contactmusic.com: Hi Conall, how are you?
Conall O'Breachain: I'm OK, thank you. I'm very busy getting prepared for the release of the second album. We are just at the stage of getting together videos and planning our tour.

CM: The new album is called 'Think Nothing' what can you tell us about it?
CB: We started recording the album last summer. We had about ten demos and we took them to Tommy Mclachlan who plays guitar in The Villagers, he has a studio up in Donegal so we went up to stay with him and started ripping apart the songs. We spent a few weeks recording with him and then we went to London, to mix the album with Ben Hillier who has worked with Depeche Mode and Blur. It's now at the stage where it's pretty much done!

We Cut Corners' new single, Toll Free, is the latest single from their debut album, Today I Realised I Could Go Home Backwards, which was released in Ireland in November 2011. They will be playing two UK dates in April 2012; both will be in London on the 3rd and the 6th. They will also be playing two Belfast dates on the 3rd and 4th March 2012, along with The Maccabees. 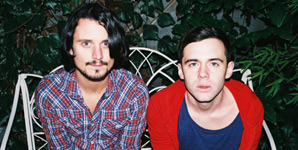