Wazu's new single, Murder 1, is available as a free download from the bands official website and is taken from their self-titled debut EP, which was released on January 10th, 2012. Their anticipated debut album will be released on May 29th, 2012.

Matt and Rizz make up Wazu; they met as freshmen at the University of New England in Armidale, New South Wales. Before they formed Wazu, however, they performed and wrote in a few Sydney bands such as Captains and Open the Gates.

In their first week the duo played seven shows in six nights at the Top 10 Best of the Best at the Toronto Indie Week 2010. Wazu have also performed at the Neon Reverb Music Festival in Las Vegas; the Dropout Party at Don Hill's in New York and the CMJ Festival in the Lower East Side of New York.

2011 saw Wazu release a collection of singles which were produced by the band themselves. Three of these singles were remixed and re-recorded for their debut EP, which was produced by the producer Kevin McMahon, who has worked with Real Estate; Swans and Titus Andronicus. Kevin is also producing the duo's debut album.

To celebrate the release of their EP, Wazu played a set at the Cameo Gallery in Brooklyn on the same day as its release. 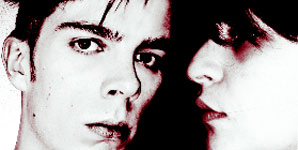