Wayne Knight is not dead. That much we know. But he did die in Jurassic Park - remember? The 58-year-old played computer programmer Dennis Nedry in Steven Spielberg's classic 1993 movie - a man secretly paid by a corporate rival to steal dinosaur embryos. 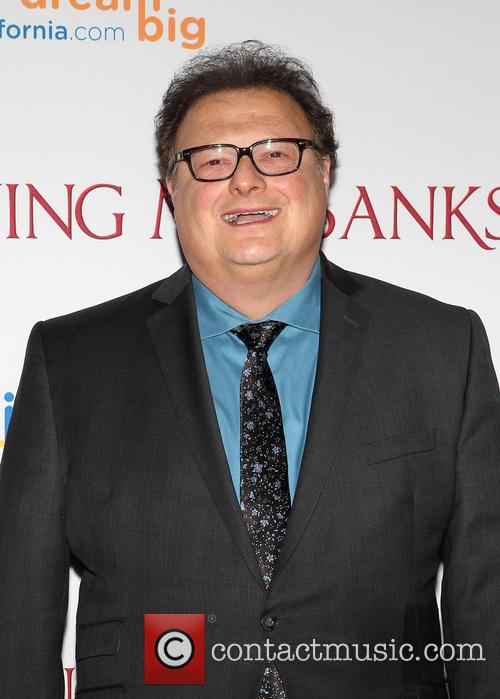 Wayne Knight Starred As The Villanous Nedry In 'Jurassic Park'

Deep into the movie, when a storm hits the park, Nedry deactivates the security system, allowing himself entry to the embryo storage room though also opening most of the electric fences - something he later comes to regret. As the Tyrannosaurus Rex and Velociraptors go after the main group - Sam Neil's Grant as well as Lex and Tim - Nedry climbs into his Jeep in an attempt to reach the island's docks and deliver the embryos.

However, in the raging weather, Nedry crashes his vehicle into a tree, loses his glasses, and comes across a Dilophosaurus. In one of the most terrifying scenes from Spielberg's masterpiece, the lizard-like dinosaur sprays out his retractable neck frill before spitting out blinding poison and leaving Nedry scrambling for his car. Once making it inside, the villainous programmer realises he has an unwanted passenger. Check out the clip below:

A new Jurassic Park movie - directed by Colin Treverrow and titled Jurassic World - is set to hit theaters in Summer 2015. The film takes places 22 years after the events of the first movie, with Chris Pratt in the lead role - apparently a rugged ex-military man. Vincent D'Onofrio will play the villain Irrfan Khan, rumored to be the head of the Patel Corporation responsible for the island. Reports suggest Katy Perry has been asked to record the movie's theme song.

More: Everything you need to know about Jurassic World.