WATERS' new single, Take Me out to the Coast, will be released on March 5th through City Slang. It is taken from their debut album, Out in the Light, which was released in November 2011. Waters will be supporting Nada Surf on their European tour and will be joining them for two UK dates in February 2012.

The video for Take Me Out To The Coast was filmed at the Tiny Telephone studios in San Francisco, famed for its analogue equipment and DIY approach to recording. It has played host to a number of bands, including Death Cab For Cutie; Magnetic Fields and tUnE-yArDs. WATERS sings the track with the backing vocals of a choir of teenagers.

WATERS was started by Van Pierszlowski, formerly of the band Port O'Brien (2005-2011). The band also toured with Nada Surf, as well as The Cave Singers and Modest Mouse. Port O'Brien had a celebrity fan in the form of She & Him's M Ward. Port O'Brien released three albums before disbanding.

Out In The Light was recorded in Dallas, Texas, with the help of producer John Congleton, who has worked with Bill Callahan and R. Kelly.

Waters - I Feel Everything (Live... 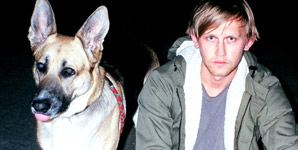 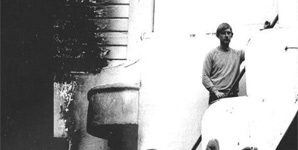 Waters - Out In The Light