"Why you gotta waste Alan's time?" sings Wasuremono lead man, Will Southward on recent 6Music-lauded track "Alligator". Never mind just Alan, they are rapidly becoming many people's favourite waste of time, building a growing following from gig-going fans and DJs alike, with Steve Lamacq and Lauren Laverne's 6Music backing providing a provenance that you just can't argue against. Their recent headline set at the Komedia Introducing night in Bath served to reinforce that they have the talent and the boldness to stand out. 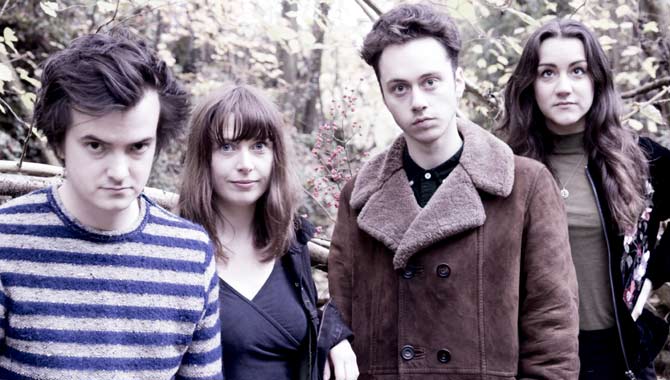 Music nerds consistently sum up bands by comparing them to other ones, but there's no easily grabbable analogy with this lot. You certainly couldn't ever accuse them of sounding generic. Dream pop tends to be the category most frequently applied, followed by krautrock, but there's something distinctly cinematic about their sound, like a dense, lush soundtrack from a brooding arthouse film - one that warrants being boomed out through Dolby surround. The Komedia's previous incarnation as a cinema was perhaps a fitting location, therefore. That said, drummer Isaac Phillips did confess that the last time he'd crossed the Komedia's threshold, it had been to see Spiderman 2.

Opener "A Lesson to Learn" showcased Will's vocal range, going from Jeff Buckley to Nick Cave in the course of a few bars, underpinned by the depth of Phoebe Phillips' bass. That weighty bass and Will's dropped A guitar tuning on "Like Bears" gave the track enough sinister ursine stomp to scare the bejesus out of any potential Goldilocks in the house. Their biggest song to date, former 'Lamacq Livener', "Cuddling" saw keyboardist Madelaine Ryan very much at the helm of the juggernaut, setting the controls for the heart of Planet Moog. Similarly synth-soaked "Kaboom", the title track of their 2016 EP, was the high point of the set, its surging power gathering to an exhilarating tumult, the explosive regular refrain of 'kaboom' itself having all the impact of an Adam-West-style Batman punch-up.

They do slow and atmospheric splendidly too. Isaac's mesmeric, metronomic drums on "A Sigh is Like the Sea" were haunting, along with Will and Madelaine's harmonies, followed by the chilling lyrics, 'The devil's underneath and my life is going out'. "The Boogie Man" and "William the Conqueror" were like mood music to 'Wasuremono - The Movie', the latter especially suited to an end scene where they park their version of Scooby Doo's Mystery Machine (it'd have to be some kind of goofy road movie) by the coast and watch an epic sunset. With their easy-going, light-hearted, self-deprecating humility, they come across as personably the Monkees always did on TV, with a chunky slice of English wryness thrown in for extra complexity.

You'd never consciously set out to listen to a song about someone's dad toiling at the height of summer to build a dividing wall, but "Alligator" is just that song. It's also an infectious, jet-propelled groove that abstractly juggles the notions of 'swimming the Nile' and having 'a nice holiday in France' with unlikely ease. "Keep Your Head Up High" ended the set with significant gusto. 'Who's staying for the disco?' asked Will before the song commenced, in reference to the club night that followed. Most of us had been so profoundly cuddled and kaboomed (in equal measures) by Wasuremono's subtle force that what we needed was a pint and a good sit down. My dad-dancing to "Come on Eileen" would have to wait for another day, or if most people had their way, forever. 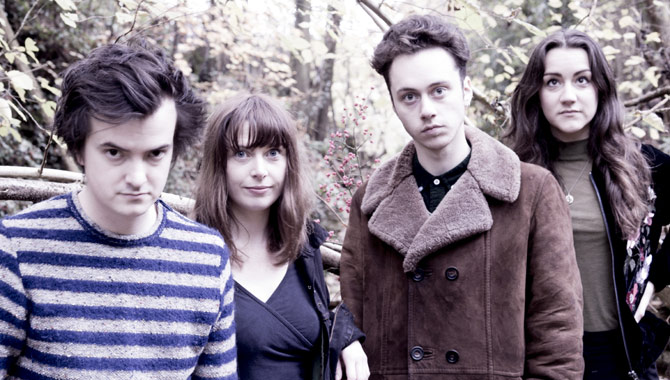