The daughter of Walt Disney, Diane passed away in Napa, California 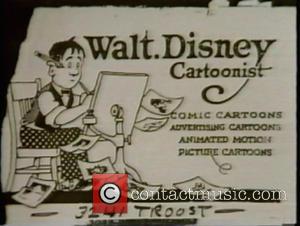 Picture: Walt Disney - The collection of calling cards is a fascinating insights into the design, layout and signatures of choice of people who, on the...

Diane Disney Miller, the daughter of Walt Disney, has died at her home in Napa, California, following complications to her health acquired during a fall in September. The frail 79-year-old's death was confirmed late yesterday (19 Nov.) by a close family friend, Richard Greene, to the Los Angeles Times, with the only insight into her death relating to her September fall.

Diane has remained in close proximity to her home since September, when she was last seen in public at the 10th anniversary gala to commemorate the opening of the Walt Disney Concert Hall inn Los Angeles. Diane was incredibly vocal and influential in the design and construction of the building that bares her father's name, and it is the result of but one of her many philanthropic gestures from over the years.

“I wanted something that would bear my father’s name, that would come from his wealth but not be commercial,” she said at the September gala. “That would be just a wonderful thing for the city, for the spirit, for the soul. I think we achieved that.”

The Walt Disney Concert Hall was a labour of love for the Disney family for a number of years, initially coming into the frame in 1987 when her mother, Lillian Disney, donated $50 million to the city of Los Angeles to fund the construction of the concert building. After ten years of sitting on the shelf, due largely to an increase in the final price and a reluctance to hire then-unknown architect Frank Gehry to the project, Diane ensured that Gehry's design was used and that construction soon got underway after various false starts.

Born in Los Angeles on 18 December, 1933, Diane moved around the California area as her father's business grew from strength to strength. She continued to be associated with the company through her husband, Ron W. Miller, who served as CEO of The Walt Disney Company until 1984.