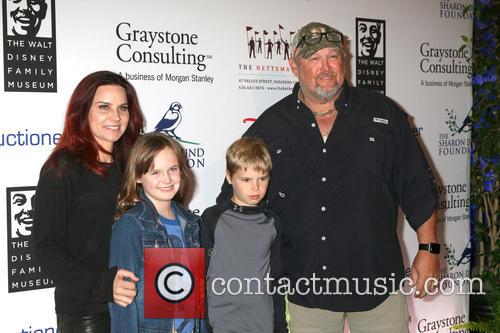 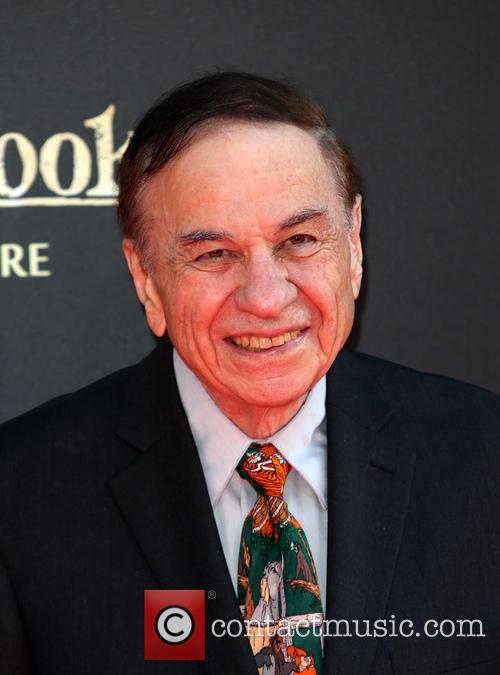 Here's a snippet of what to expect in the near (and not so near) future.

Walt Disney Pictures have been having a field day with the amount of fairytale re-makes and endless sequels being released and announced recently. No doubt one of the most prestigious film companies in Hollywood, being nearly 100 years old, the unit and its studio parent Walt Disney Studios are responsible for some of the greatest classics ever produced - but what can we expect on our screens in the next 5 or so years?

The Jungle Book is set for release next year

Everyone's excited to see Emma Watson and Dan Stevens in the 2017 live action re-make of 'Beauty and the Beast', and we've already received a teaser for Jon Favreau's 'The Jungle Book' starring Scarlett Johansson, Idris Elba and Bill Murray. But did you know Disney are also re-launching the likes of 'Mary Poppins', 'Winnie The Pooh', and 'Pinocchio' with a script from Peter Hedges? As for sequels, 'Toy Story 4' is a no-brainer, and 'The Incredibles 2' and 'Frozen 2' already have a buzz about them, but what about 'Wreck-It Ralph 2', 'National Treasure 3' and 'Pirates of the Caribbean: Dead Men Tell No Tales'?

It's Official! Work Has Begun On 'Frozen 2'!

Look out parents! Olaf and his friends will be back to torment you and delight your children with a sequel to 'Frozen'.

Well, there can’t have been anybody who seriously wasn’t expecting it to happen. The most obvious movie sequel in the history of film has been confirmed, with the news that Frozen 2 is in the works.

According to CNN Money, Disney CEO Bob Iger announced at an investors meeting on Thursday that work had begun on a follow-up to the insanely successful 2013 original. Along with the studio’s chief creative officer John Lasseter, he also said that much of the team from the first movie, including directors Chris Buck and Jennifer Lee, had signed on to develop the sequel. 'Frozen 2' is officially in the pipeline, though no release date has been given.

Continue reading: It's Official! Work Has Begun On 'Frozen 2'!

With news that 'The Incredibles 2' is in the pipelines we look at other sequels to animated feature films, including the eagerly anticipated 'Finding Dory'.

You don’t have to be a under 12 years old to be a fan of animated movies (we are probably the best example of this!), so we’re hoping that you lot are as excited as us to hear that The Incredibles 2 is in the works. The Incredibles was first released in 2004 and tells the story of Helen and Bob Parr, ex superheroes who have hung up their capes to lead a suburban life with their children. If there’s one thing we’ve learned it’s that superheroes can’t get away from their calling for too long, and before they know it the whole Parr family are donning matching outfits and saving the world.  Just your everyday family activity. Brad Bird is currently penning the script for The Incredibles 2

Director Brad Bird, who was in charge of the first movie, will also be writing The Incredibles 2. Recently Bird revealed, “I have pieces of things that I would love to see in a sequel, but I haven’t got them all together yet.” Get started, Brad, we’re on tenterhooks here!

What makes 'Frozen' so popular with both children and adults and how is it different from Disney's other princess movies?

If we told you that Frozen looks set to overtake Toy Story 3 as the highest grossing animated feature film of all time, would you be surprised? Probably not, the film has been so popular since it’s release in November 2013 you’d have to have been living under a rock to not have at least heard about it.

Not only is the Frozen soundtrack currently in it’s sixth week at number one in the charts, the film is also number one in DVD/Blu-Ray sales and digital downloads. Described by Paul Dergarabedian as “unstoppable”, Frozen has certainly captured the hearts and minds not only of its target audience...but their parents, too.

Continue reading: Is 'Frozen' The Best Disney Movie Of All Time?

Our list of the top five biggest box office flops.

You know that old saying ‘Money can’t buy you happiness’? Well it can’t buy a box office hit, either! You can pump millions of dollars into a movie, but it doesn’t guarantee it will be a success, take these box office flops for example. The long-awaited Walt Disney film, featuring Tom Hanks as the controversial man himself, is getting closer and closer, and we’ve got some stills of Hanks in action as well as his co-stars, Emma Thompson, B.J Novak and Jason Schwartzman. Saving Mr. Banks, which is to be showcased at Disney's annual D23 Expo, follows the story of Mary Poppins’ journey from page to screen as Author P.L. Travers travels from London to Hollywood to see her novel change in front of her eyes. She didn’t want Disney to do whey they did with her creation; wasn’t what she had planned.

Stan Lee Media In Lawsuit Against Disney Over Marvel Characters

Stan Lee Media are to enter litigation against Disney over the rights to some Marvel characters, including Spider Man and Iron Man. The lawsuit is seeking seeking "billions of dollars of profits,” reports Reuters.

Disney bought Marvel Enterprises, which had been renamed Marvel Entertainment, for $4.3 billion 2009, but Stan Lee, a man no longer involved in the company, had created many of Marvel’s most loved characters. The company claims Lee assigned it his rights to those characters in 1998 but then agreed a month later to assign the same rights to Marvel Enterprises. "The Walt Disney Company has represented to the public that it, in fact, owns the copyright to these characters as well as hundreds of other characters created by Stan Lee," the suit alleges. "Those representations made to the public by the Walt Disney Company are false." The suit asserts that Stan Lee Media owns the rights "to the billions of dollars that Disney has generated, or allowed others to generate."

Here’s what Disney have had to say on the matter: "This lawsuit is without merit," they said in a statement. "It arises out of the same core facts and legal claims that have been rejected by three federal district court judges." The Avengers will be heavily implicated, as not only does the film contain most of the characters in question, but it also grossed $1.5 billion in worldwide sales. This could get messy. 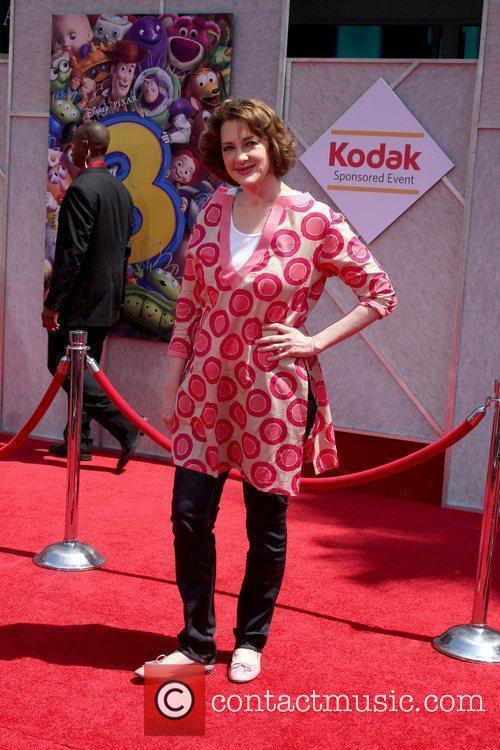 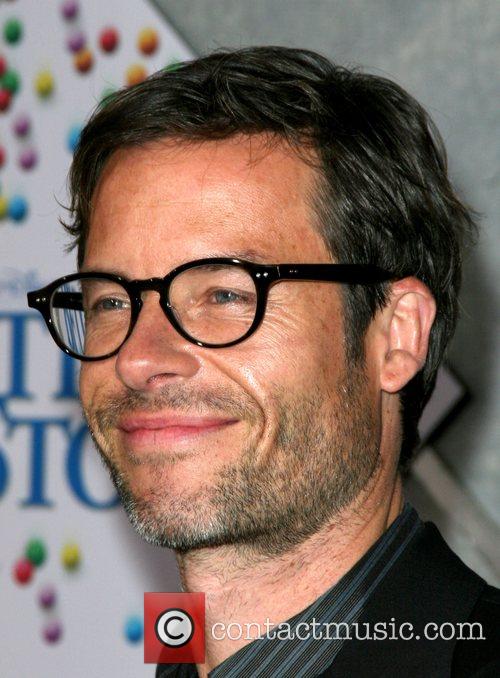 By Joshua Tyler
Essential
Some films are beyond cynicism. A real classic influences the hearts and minds of audiences, even generations after its creation. Some classics like The Wizard of Oz hold such value that they become indelibly etched in the minds of every American of every walk of life. Disney's Snow White is another such film that has earned that sort of place in our hearts.

By Christopher Null
Good
Peter Pan may be a boy who refuses to grow up, but his movie is really one of Disney's most adult "kids'" films.

Like Pinocchio, there are a lot of mature themes in Peter Pan. The elfin Peter is full of duplicity -- he'll lie to no end to get his way. Peter and the children he has brought with him to Never Land (they don't want to grow up either) visit a local Indian tribe, and with appropriate 1950s un-PC-ness, the smoke'm peace pipe and blow smoke triangles (cue song: "What Made the Red Man Red?"). Wendy and the kids are kidnapped by an extremely effeminate sailor (the immortal Captain Hook, Pan's nemesis). Even innocent Tinkerbell looks with frustration at how wide her hips are -- before she sells out her buddies in a play for her freedom from Hook.

By Christopher Null
Very Good
It's a little sad to think that many kids today know Alice in Wonderland only from its references in The Matrix.

Good news then that kids can see the definitive film version of the classic Lewis Carroll story, Disney's animated 1951 version. For the uninitiated, this musical rendition takes young Alice on a whirlwind ride down a rabbit hole and into a surreal fantasy land where cats vanish, hares have intense schedules, and the world is ruled by a playing card. Remarkably, Alice takes all this in stride; whether potions shrink her or make her grow uncontrollably, she doesn't seem to mind much. It's not until that Queen of Hearts shows up that things start to get dicey... what with the "Off with her head!" and all. 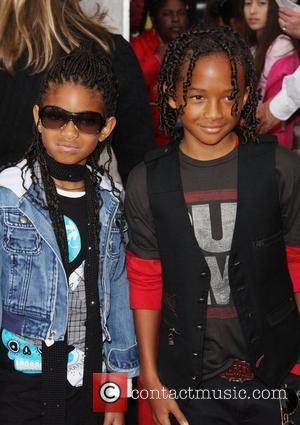