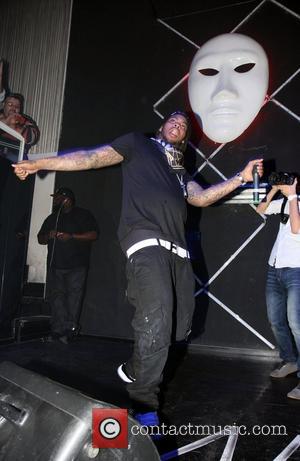 An incarcerated North Carolina man who was shot in a 2011 incident with rapper Waka Flocka Flame's security has been awarded $501,000 (£313,125) in compensation.

Antonio Stukes was shot in February, 2011 when the hip-hop star's bodyguards allegedly opened fire on him and his pals outside a store in Charlotte after reportedly believing they were about to be robbed.

Stukes filed suit against Waka Flocka Flame's management firm, Mizay Entertainment, over the incident and a judge has since ruled in his favour, awarding him punitive damages too.

His lawyer, Adam Seifer, says, "The jury came down in our favour and really hit them hard. The facts that were in the evidence showed they essentially shot at my client without provocation."

Stukes is serving time for charges relating to a robbery in Charlotte last month (Nov12).

Six men were arrested following the shooting, but no charges were filed due to a lack of evidence.