If elected the rapper plans to legalise marijuana, raise the minimum wage and ban dogs from restaurants.

Rapper Waka Flocka Flame has announced his candidacy for the 2016 presidential election, posting a video on Rolling Stone’s website where he lays out his stance on a variety of topical issues. If elected top of the rapper’s agenda would be the legalisation of marijuana, something which he demonstrated his support for by smoking a blunt during the video. 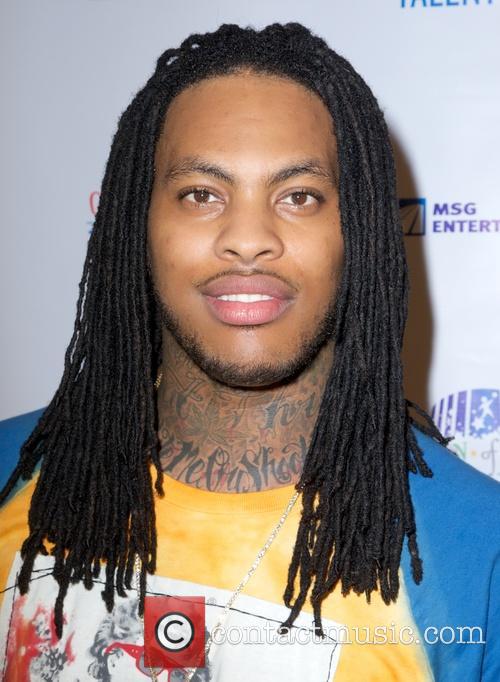 It’s no coincidence that Flame chose 4/20 to announce his candidacy as he admits if elected, "The first thing Imma do when I get in office is legalize marijuana.” The rapper then goes on to describe the benefits of marijuana, telling prospective voters, ‘a blunt a day keeps the pain away’.

But that’s not the only issue Flame has a stance on. The rapper also uses the video to lay out his education policies: “We gonna teach the kids more reality skills. And they gotta learn my lyrics before they get out of school, or else they fail and they gotta start from third grade all over again.”

As well as his views on women’s rights: "I feel like women got all their rights. What else they want?” And his support for raising the minimum wage: "I'm gonna raise the minimum wage. I feel like all fast-food restaurants should be paying $15 an hour, since In-N-Out burger is doing it. Great idea, In-N-Out.”

Flame also proposes a ban on dogs from restaurants as well as assuring voters that he will never wear a suit even in congress because, “it's f*cking irritating having hot ass suits on”.

But maybe most controversial of all is Flame’s policy towards those whose feet are larger than a size 13. Flame thinks they should be banned from using public sidewalks and should instead use trains buses or cabs to get around. "I don't wanna see your big-ass feet takin' up all the space on the concrete,” the rapper says.

While the rapper has since released a second video to confirm his candidacy announcement was NOT a joke, it does appear he’s failed to take one important issue into account. Yes as the Los Angeles Times pointed out, unfortunately, Waka Flocka Flame was born in 1986, so he is not eligible to become president until the 2024 election. Damn, and we really thought he had a chance!