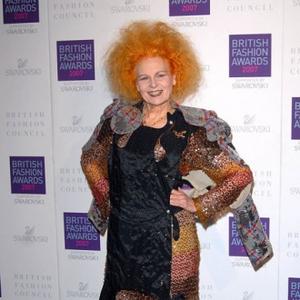 Vivienne Westwood has advised fashion followers not to buy any new clothes for six months.

The iconic British designer - who showcased her Red Label spring/summer 2011 collection at London Fashion Week last night (19.09.10) - made the unusual move of asking her fans to avoid buying anything new for half a year, suggesting quality, rather than quantity, is more important when it comes to clothing.

She said: "My message is choose well and buy less. Don't buy anything new for six months and recycle your clothes."

The 69-year-old fashion guru - who is known for her environmental advocacy - received rave reviews for the collection, which was showcased at London's New Connaught Rooms venue.

The show was one of the most star-studded of London Fashion Week so far, with a whole host of British stars turning out to the event.

Lady Victoria Hervey, Girls Aloud singer Nicola Roberts, rugby ace Danny Cipriani and artist Tracey Emin were just some of the famous faces in the crowd, while Pamela Anderson - who revealed she is a big fan of the designer - was also spotted in The Front row.

Pamela said: "Vivienne really knows how to work it."