By Dom Gourlay in Music Reviews on 07 January 2013

Gallic musician-cum-producer Pascal Arbez-Nicolas has been a leading light on the electronic scene for the best part of two decades. Better known as Vitalic, having started his own label Citizen Records as far back as 1996 in order to release his first single, he's gone on to establish himself as one of the electro-dance movement's pivotal figures. While 2005's debut 'OK Cowboy' introduced him to the wider community, it was the follow-up four years later 'Flashmob' that really cemented Vitalic's presence as a force to be reckoned with. Combining eighties-inspired synths with a futuristic vision not that dissimilar to Soulwax or their dancefloor oriented alter egos 2 Many DJs, its emergence as one of 2009's most inspiring long players set the scene dramatically for what was to come next. 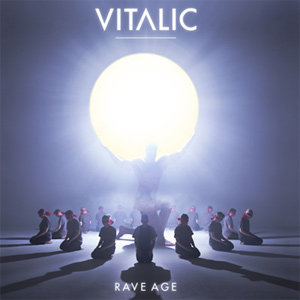 Although three years have passed since 'Flashmob', Arbez-Nicolas hasn't quite delivered the forward-thinking masterpiece many would have hoped for. While 'Rave Age' does pretty much what it says on the tin; there's little doubt a lot of it is influenced by the newer, post-millennial take on the golden age of dance music circa '88-'90; it offers little insight into what makes Vitalic tick (or, indeed, has done these past seventeen years). Furthermore, it also provides no clues as to what possibly caused the long delay between albums as 'Rave Age' almost feels like a step back in time rather than adventurous platform up to the next level.

As with its predecessor, Arbez-Nicolas has assembled a wealth of vocal talent to transform his musical creations into palatable songs, which means the likes of 'Fade Away' and 'Next I'm Ready' benefit tremendously from the input provided by one-time Shitdisco mainman Joe Reeves. Likewise, album standout 'La Mort Sur Le Dancefloor' showcases the wares of relatively unknown Sexy Sushi chanteuse Rebeka Warrior. Similarly, the hi-energy 'Under Your Sun' is giving an uplifting burst of charm courtesy of France's answer to Florence Welch, Owlle.

By Dom Gourlay in Music Reviews on 14 September 2009

Those of us whose musical flames are usually ignited by loud guitars and astute lyricism rarely venture forth into the forbidden zone known as the dancefloor. Until the first coming of rave and acid house it was virtually unknown for the two to meet even halfway, despite the best efforts of Giorgio Moroder, George Clinton and New Order to bridge the gap. Since then, a lot has changed and genuine progression has ensured the crossover has become an almost expected given for any creative artist intent on pushing those boundaries that extra step further. 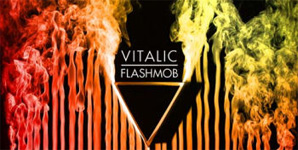 Your Disco Song video from Vitalic