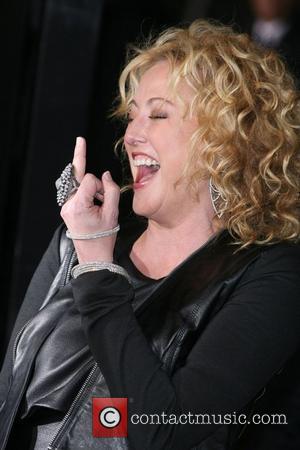 Virginia Madsen, the OSCAR nominated actress best known for her role in the indie comedy 'Sideways', is set to join the cast of 'The Event' when the NBC drama returns next year, reports Deadline.com The award-winning show, which is currently on a three-month hiatus, follows a group of extra-terrestrials who are detained by the United States Government.
Madsen, who most recently appeared on the ABC show 'Scoundrels', will have a recurring role as 'Catherine Lewis', the widow of a US senator from Alaska. Catherine is described as being a powerful former attorney and a Harvard graduate who is "determined to carry out her husband's legacy at any cost". Casting for the role has been underway for some time, and the part was originally offered to 'Friday Night Lights' actress Connie Britton back in November. It is not clear why Britton turned down the role, but casting continued and the part was eventually offered to Madsen.
'The Event', which also stars Jason Ritter and Sarah Roemer, is scheduled to return to screens on February 28th 2011.