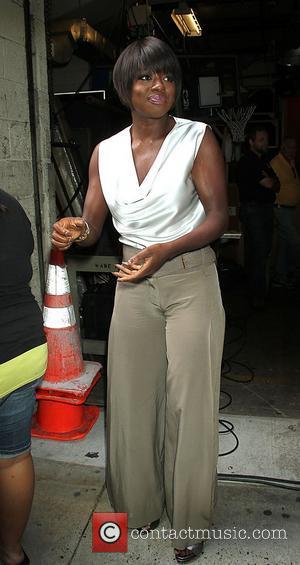 Actress Viola Davis piled on 25 pounds (11.34 kilograms) for her role as a middle-aged maid in new movie The Help - but still had to wear body pads to appear thicker than she was.
The usually-svelte Oscar nominee stars alongside Emma Stone and Bryce Dallas Howard in the big screen adaptation of author Kathryn Stockett's 2009 novel, about the 1960s racial divide between middle class white families and their African-American maids in Jackson, Mississippi.
Davis indulged in fatty fried Southern foods to bulk up for the part, but her weight gain wasn't quite enough.
She says, "I had to gain 25 pounds during The Help and then I was padded. I gained weight by eating Mississippi food. They fry the butter before they put it on the bread and then they fry the bread!"