Viola Davis says she can't wait to start shooting 'Suicide Squad' and is looking forward to getting to handle some guns as government agent Amanda Waller. 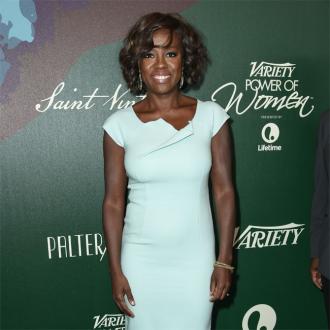 Viola Davis is ''fascinated'' by her role in 'Suicide Squad'.

The 49-year-old actress is to play government agent Amanda Waller in the Warner Bros. film centred around the super-villain mercenary team from the DC Comics Universe.

Waller is a hard-nosed and pragmatic agent who is prepared to do anything to protect the US, the country that uses the criminals for black ops missions, and Viola cannot wait to start work on the film and ''pick up a gun''.

'Suicide Squad' has an all-star cast with Jared Leto playing The Joker, Margot Robbie as his sidekick Harley Quinn, Tom Hardy as Rick Flag, Will Smith as Deadshot, Jai Courtney as Captain Boomerang and Cara Delevingne as Enchantress.

Jesse Eisenberg is also said to be in talks to play Lex Luthor in the upcoming project, a role he will first take on in 'Batman v Superman: Dawn of Justice'.

'Suicide Squad' - which is being directed by David Ayer - is scheduled to open in cinemas on August 5, 2016 and shooting is set to begin in Toronto, Canada, in April.