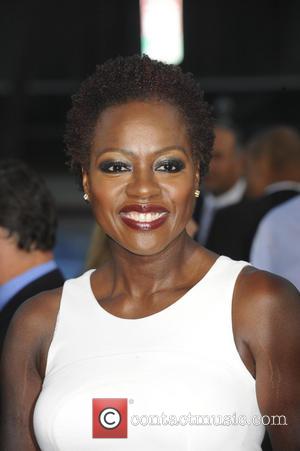 The Help star will play the Godfather of Soul's young mother in the film Get On Up, which is due out next year (14), and, in an interview with U.S. chat show host Ellen DeGeneres, Davis reveals that her own daughter, Genesis, will be following in her mother's footsteps - and breaking into the business at a young age.

The actress reveals, "Fortunately or unfortunately the acting bug has already bitten her... She's gonna be in the James Brown biopic that I'm doing and (director) Tate Taylor is gonna cast her as one of the kids. So we've been rehearsing at home because I don't want her to be fired."

In fact, her daughter has already picked up a few acting tips from visiting mum at work.

Davis recalls a conversation with Genesis and says, "She told me, 'Mommy you can't act - you've got to be'."