Actress Viola Davis Discovered Flight Delays Have Their Perks When She Was Left Stranded In Ohio In February (15). 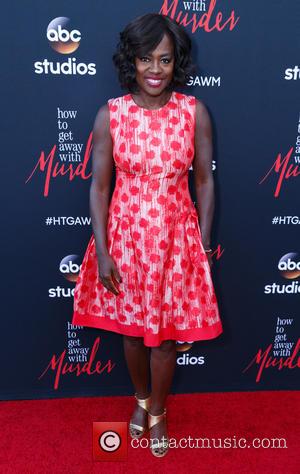 Picture: Viola Davis - 'How To Get Away With Murder' ATAS event held at Sunset Gower Studios - Arrivals at gower studios - Hollywood, California, United...

The Doubt star spent six hours at an airport before checking into a Columbus hotel so she could freshen up and look her best for a guest spot on U.S. TV show Jimmy Kimmel Live!, which she had to conduct via Skype after a blizzard grounded her flight back to Los Angeles.

But, returning to Kimmel's show on Tuesday night (16Jun15), Davis confessed her stop-over wasn't all bad, stating, "I had a sippy-sip (drink of alcohol)... and I got 10,000 Frequent Flyer miles on Delta."

And the actress admits she made a new friend at the airport - singer/actress MACy Gray's cousin.

She explains, "I met MACy Gray's cousin... She's in pre-law... We did exchange information... She's really cute, by the way."