Ving Rhames is set to star in the latest edition of the 'Mission: Impossible' franchise. 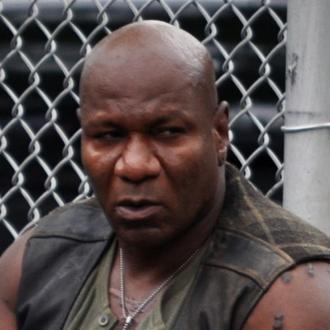 Ving Rhames is to return for the next 'Mission: Impossible' movie.

The highly-anticipated new flick, which is set to get underway in the UK later this year, will see Christopher McQuarrie assume directing duties and Rhames, 55, reprise the role of hacker Luther Stickell.

The news was confirmed by the director, who tweeted: ''Welcome back Mr. Rhames.''

The actor, who also starred in 'Pulp Fiction and 'Dawn of the Dead', appeared in earlier 'Mission: Impossible' films, and will now feature alongside Hollywood superstar Tom Cruise, as well as Jeremy Renner and Simon Pegg.

Pegg, 44, who is set to play the role of gadget nerd Benji Dunn for the third time, says he enjoys making the films and providing there is still an appetite among fans to watch them, the franchise will not go away.

He said: ''It's my third one and I'm very excited to be back on that train, it's a very exciting ride.

''So as long as people want them, I guess we'll keep making them.''

It's been confirmed the latest instalment in the Mission: Impossible' franchise will open in the UK on December 26, 2015.