'Sunset at Montmajour' will take its place in the Van Gogh museum in Amsterdam.

A previously unknown landscape painting found in an attic in Norway has been attributed ot the master painter Vincent Van Gogh.

'Sunset at Montmajour' - which depicts trees, bushes and a swirling sky - has spent years in the attic of a private collector after he was told the work was not by the Dutch artist. However, the Van Gogh Museum in Amsterdam authenticated the work by letters, style and the physical materials used.

It is the first full-size canvas by Van Gogh discovered since 1928, according to BBC News.

Museum director Axel Rueger called the discovery a "once-in-a-lifetime experience," though it was his own employer that rejected the paintings authenticity in the 1990s, partly because it was not signed.

However, new research techniques and a two years investigation concluded that 'Sunset at Montmajour' was indeed by Vincent Van Gogh. Researcher Teio Meedendorp said he and a team of researchers "found answers to all the key questions, which is remarkable for a painting that has been lost for more than 100 years."

Meedendorp said it can be dated to the exact date because the artist described the work in a letter to his brother Theo, saying he had painted it on 4 July 1888. The painting will be on display at the museum from 24 September 2013.

This isn't the first time that a seemingly priceless piece of art has been discovered tucked away amongst the bed duvets, old suitcases and rocking horses in people's attics. In 2012, a Ohio man was found to be in possession of a signed Pablo Picasso print that the artist had created for the annual pottery show for the city of Vallauris, France, in 1958. The man had purchased the print for just $14 - clearly unaware it was worth $6,000.

A man in North Carolina paid $5 for a painting of the 1930s singer and actor Rudy Valee. Not much of a big deal huh? He liked Rudy Valee. Anyway, it turned out the painting was by the pop artist Andy Warhol, who finished it when he was just 11 years old. The buyer said that he did not intend to sell the work, which was valued at some $2 million, and instead wanted it to go on display at an exhibition.

In 2010, a retired electrician in southern France who worked for Picasso said he had obtained hundreds of unknown works by the artist. Pierre Le Guennec, 71, had a treasure trove of 271 pieces said to be worth $60 million, claiming Picasso had giving him them as gifts. However, the artist's estate filed a case for alleged illegal receipt of the works - which included a watercolour from his Blue Period.

According to the AP news agency, the New York's Metropolitan Museum of Art says Pablo Picasso produced more than 20,000 works of art during his long career but hundreds have been listed as missing. Get checking your attics. 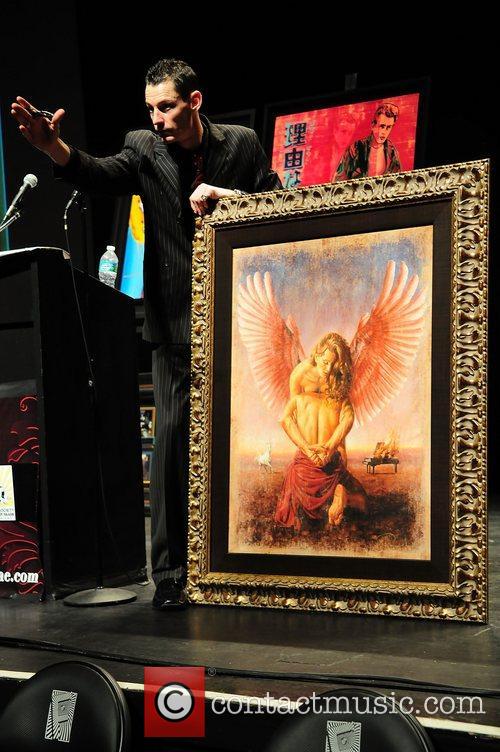 Luckily, The Owner of the Van Gogh Piece Has Avoided The Decision To Sell It Off