The 44-year-old actor questioned whether the Disney animation is "doing some serious damage" to his eldest child due to its characters.

Just like millions of children around the world, Vince Vaughn's young daughter, Lochlyn, is a huge fan of Disney's 'Frozen', but it sounds like the 4-year-old fan may be taking the animated fairy-tale a bit too seriously. 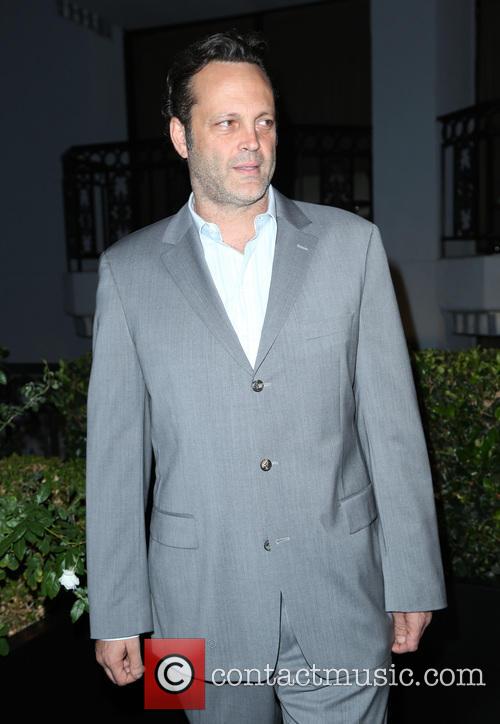 While appearing on The Ellen DeGeneres Show on Thursday (March 4th), the 'Unfinished Business' actor revealed his eldest child watches 'Frozen' "like it is her job" and that Elsa is her favourite character.

"I like Frozen, I think Frozen is great," he told the host Ellen. "But it's interesting to me because of the two ladies in the movie. One is all in with the first guy she meets, right? He says, 'I love you,' and that's the end of it. She's just, here's my heart, here's everything, and then he turns out not to be the best of choices."

Vaughn admitted that although Lochlyn is a huge fan of Elsa, he does have concerns about his daughter becoming too obsessed with the Snow Queen.

"She doesn't want to get too close to anyone, because she'll hurt them-she'll freeze them and she'll cause them pain so she has to shut herself out," he said when describing Elsa's character traits. "I wonder what a child psychologist would say about this, but my daughter puts on the white wig and then she is Elsa...She says, 'I'm shutting you out, I'm not good for you. I have to be far, far away.'"

The 44-year-old actor then joked that he and his wife, Kyla Weber, could be potentially "doing some serious damage" to Lochlyn and his 17-month-old son, Vernon, by letting them watch 'Frozen'.

"She'll freeze me and I'll go along with it, so maybe I'm encouraging it," he said. "I'll freeze, but then she'll kiss me and unfreeze me. And so then I say to her, 'You don't have to shut me out, because if you do freeze me you'll kiss me to unfreeze me.'"