Actor Vince Vaughn Is Risking The Wrath Of Gun Control Advocates After Revealing He Supports Allowing Firearms Into Schools. 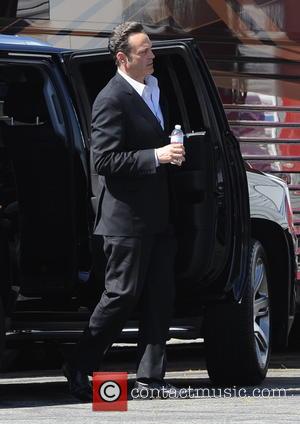 He tells Britain's GQ magazine, "All these gun shootings that have gone down in America since 1950, only one or maybe two have happened in non-gun-free zones.

"Take mass shootings. They've only happened in places that don't allow guns. These people are sick in the head and are going to kill innocent people. They are looking to slaughter defenceless human beings. They do not want confrontation. In all of our schools it is illegal to have guns on campus, so again and again these guys go and shoot up these f**king schools because they know there are no guns there. They are monsters killing six year olds."

Vaughn goes on to explain that banning guns is a poor attempt to reduce crime in the U.S.

He continues, "You think the politicians that run my country and your country don't have guns in the schools their kids go to? They do. And we should be allowed the same rights.

"Banning guns is like banning forks in an attempt to stop making people fat. Taking away guns, taking away drugs, the booze, it won't rid the world of criminality."