Vaughn Glad His Dad Said No To Dyslexia Drugs 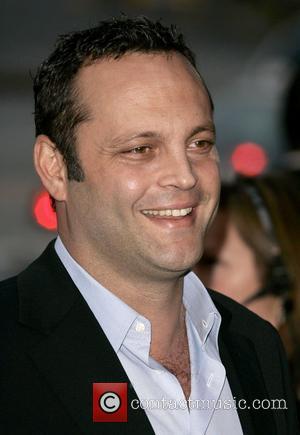 Dyslexic SWINGERS star Vince Vaughn is grateful his father snubbed offers to pump him full of prescription drugs when he was a kid because he would have become a "zoned-out zombie".

The actor plays a disabled man in new black comedy THUMBSUCKER, and fears the character he plays could really have been him if his dad had taken doctors' advice.

He says, "When I was in school I was not a very good student and I had a lot of learning disabilities. I was recommended to be put on prescription drugs but I was very lucky that my dad said no and didn't want me to go through life doped up.

"I learned differently than other kids did; I had dyslexia so it was very difficult for me and I didn't have an attention span.

"Then you kind of act like you don't care because it's embarrassing to care and not do well. Sometimes it's not even learning disabilities, it's more emotional situations where I had to go to a special class once a day, which was really embarrassing when you're younger.

"To have your name called over the loudspeaker to the office because the kids look at you differently and that makes you feel bad about yourself.

"If you respond in a way where it forces you to work harder, you end up developing a really good work ethic because you have to work harder."