Following the news of his addition to the Hollywood Walk of Fame and cast of 'True Detective', Vince Vaughn has gone back to R-rated adult comedies as well.

After making his name in adult-targeted comedies like 'Swingers', 'Old School' and 'Wedding Crashers', Vince Vaughn turned to PG-13 movies like 'The Break-up', 'Couples Retreat' and 'The Internship'. But he's happy to be back on the R-rated comical scene with his new movie 'Unfinished Business'. "I would always prefer to go R if you're doing anything aimed at adults," he said. "But as an actor you're a part of a team; you're not really in charge of the rating. There are things I've done recently that have been made PG-13 once we began production. These films were supposed to be rated R but the bar got moved." 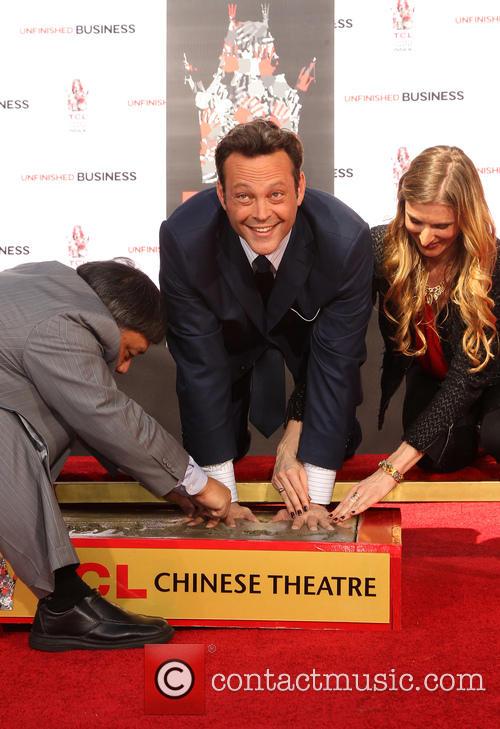 Vince Vaughn became park of the Hollywood Walk of Fame

After a period when studios were insisting on PG-13, Vaughn has seen the trend shift back toward more adult comedies. "When you're dealing with subject matter and topics that are adult-driven, you want to have that freedom to think and act like adults," he noted.

With 'Unfinished Business', this meant that the cast was able to push the characters further than usual. "This movie just has some odd perspectives on stuff," Vaughn said. "It's easy to make the guy be kind of incompetent, but what I think is cool is that my character is actually a guy who, yes, has his challenges, but he's a competent guy facing those challenges, which makes it more interesting."

In addition, he thinks that audiences will relate to the film's premise, most notably the uncertainty of unemployment and the fear of that one big business deal that can make or break your future.

Vaughn says he never really had a plan for his career. "Mostly I've had lots of fun in lots of different ways - acting, producing and writing," he said. "It was great early on, working with Jon Favreau on Swingers and all the things that followed. Then doing those early independent films was great, and the big studio comedies were fantastic. And it's nice now to be mixing it up and doing something different with the new season of 'True Detective'."

Vaughn was honoured this week by immortalising his hand and footprints at the Chinese Theatre on Hollywood Boulevard.