Motley Crue Star Vince Neil Hung Up On A Radio Host In Oregon On Tuesday (29sep15) When The Dj Started Quizzing Him About The Band's Long-standing Feud With Metallica. 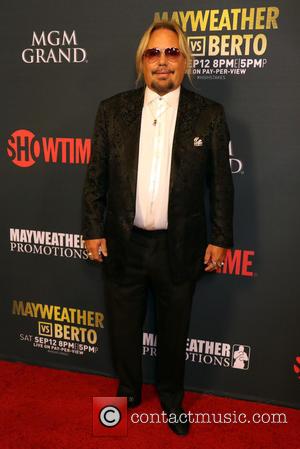 Neil's bandmate Tommy Lee reignited the war of words with the heavy rockers earlier this month (Sep15) when he poked fun at fellow drummer Lars Ulrich's talents on social media.

The feud between the two bands reportedly started in 1997 when Ulrich accused Motley Crue performing to a backing tape at the American Music Awards. Bassist Nikki Sixx criticised the drummer in a letter he posted online.

However, it appears Neil wants no part of the drama, and when the singer was asked to address the spat he said, "You have to ask Nikki about that, 'cos I had no idea there was anything between us and Metallica until I read it."

Asked to comment on the tweet Lee posted earlier this month, he added, "I had nothing to do with it. Because, like I said, I had no idea that there was any bad blood between us and Metallica."

He then ended the interview with 105.9's The Brew in Portland when host Tanner asked him another question about the drama.

The angry host said, "Unbelievable. Was it just me or was he being kind of d**k there...? If you wanna come on the air, at least put a little effort into it."