Rocker Vince Neil And His Longtime Partner Are To Appear On An Upcoming Episode Of Hit U.s. Reality Tv Show Celebrity Wife Swap. 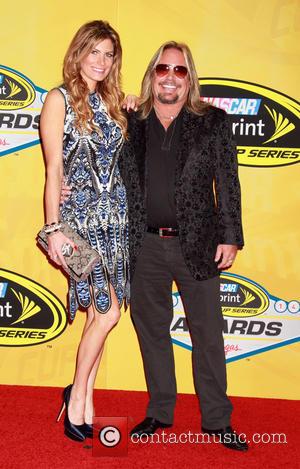 Reports suggest the Motley Crue singer will head off to Nashville, Tennessee for the show, while his girlfriend Rain Hannah will stay in the couple's adopted Las Vegas and play 'wife' to a visiting celebrity.

According to the Las Vegas Sun newspaper, Neil's duties for the episode included cooking dinner for 20 guests, which he admits was quite a task.

The rock star tells the publication, "I hadn't been in a supermarket to do grocery shopping since Motley Crue first went out on the road in 1981. I didn't know where to find any of the ingredients."

It's not clear when Neil's attempts to play 'husband' to another celebrity's wife will air or who the star he swaps homes with is, but the new season of Celebrity Wife Swap begins on 20 May (15).