Reports indicate that a film connected to the 'Breaking Bad' storyline is in the works, a result of Gilligan's recent deal with Sony.

Five years after it came to an end, and described by many as the greatest television series of all time, it seems as if ‘Breaking Bad’ may be revived as a film project.

According to The Hollywood Reporter on Wednesday (November 7th), the show’s creator Vince Gilligan is working on a project currently in its development stage, described as a two-hour long film that “will be set in the existing ‘Breaking Bad’ franchise.”

Further details are pretty scarce at the moment, including on the participation of the show’s original stars Bryan Cranston, Anna Gunn and Aaron Paul, or whether the project is intended for the small screen or for the cinema. However, it is the first project to bear fruit regarding Gilligan’s recently-inked deal with Sony.

The series spawned spin-off show 'Better Call Saul', which is currently in its fourth season.

'Breaking Bad' is without a doubt one of the most popular television shows of recent memory. Despite its success however, creator Vince Gilligan decided that the story would be coming to an end after five seasons, taking Bryan Cranston's character Walter White away from the small screen for good. It was a disappointing time for fans, but the majority of viewers were impressed by the ending that came at the narrative's conclusion.

Telling a story unlike any we'd seen on television before, a roster of compelling characters who we would love in one moment and love to hate the next would make their presence felt, cementing themselves in the history of pop culture. Gilligan had scored the jackpot with his show, and it's something he's trying to recapture with spin-off series 'Better Call Saul', featuring fan-favourite character Saul Goodman (Bob Odenkirk).

The series was a huge success, but Vince Gilligan has one big regret.

'Breaking Bad' may have come to a close all the way back in 2013, but thanks to the brilliance of the series and the hugely positive reception the show saw, series creator Vince Gilligan has been talking about the series ever since. Scoring a spin-off based on fan-favourite character Saul Goodman (Bob Odenkirk), the 'Breaking Bad' universe lives on, and looks to do so for the foreseeable future. 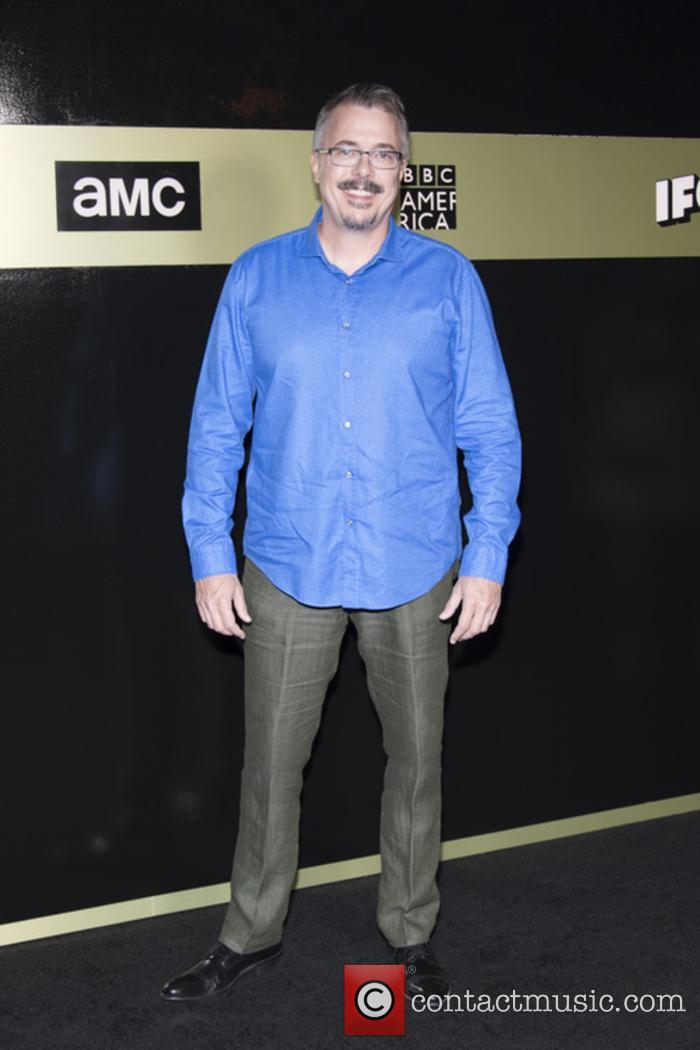 Following all of the critical acclaim, fan love and long life of the show despite it ending, you'd think Gilligan would be pretty pleased with everything he did. Still, there's one thing the writer would have loved to go back and change if he had the opportunity.

Continue reading: 'Breaking Bad' Creator Would Change One Thing About The Series

When 'Breaking Bad' eventually came to a close, a solid and rabid fan base sat in silence, mourning the end of one of the world's most beloved shows. From creator Vince Gilligan, and starring the likes of Bryan Cranston and Aaron Paul as Walter White and Jesse Pinkman respectively, the series worked its way into the hearts of viewers across the globe.

Vince Gilligan is open to bringing Jesse Pinkman back to screens

Though the characters involved in the narrative weren't ones you should really root for, Jesse in particular was somebody that the audience just wanted to see do well and escape the world of crime and corruption he had become so embedded in. Though he had gotten his hands incredibly dirty, jail time wasn't something we wanted to see him serve. Some audience members may have turned on Walter White, but Jesse was a different beast entirely.

The show's creator seems to have some regrets for one throwaway line.

'Breaking Bad' is without a doubt a huge modern day culture phenomenon, finding an audience of millions late into its broadcasting life and spawning spin-off 'Better Call Saul', based on one of the show's fan-favourite characters, Saul Goodman (Bob Odenkirk). 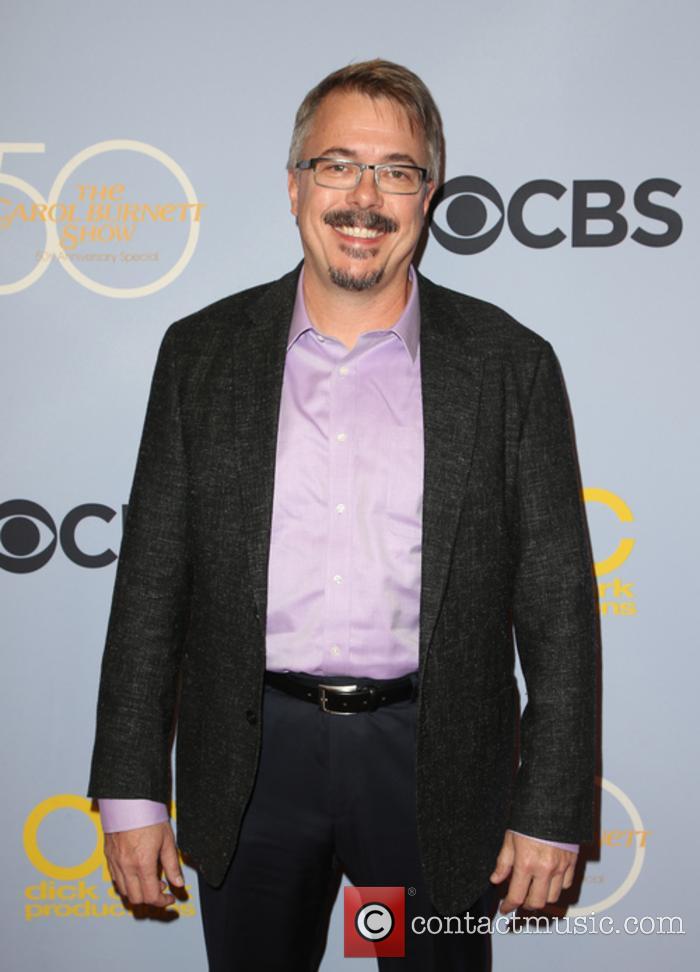 Formerly known as Jimmy McGill, Saul is a crooked lawyer who helps criminals get away with pulling off some of the biggest crimes taking place in Albuquerque, New Mexico. Though he appears confident in his work throughout most of 'Breaking Bad', he's not always been able to pull in clients so easily. In fact, his rise to prominence with crooks was a perilous one, as we now see in 'Better Call Saul'.

The Breaking Bad creator Vince Gilligan has appealed to fans to stop throwing pizza on the roof of the house used as Walter White's residence in the classic AMC show. The woman who owns the house is not happy because fans keep tossing pizzas, inspired by the famous scene in the season three episode Caballo Sin Nombre.

Gilligan used the latest episode of the Better Call Saul Insider Podcast to make the appeal, saying the woman and her husband who own the house in Albuquerque are used to fans to taking pictures - and are fine with that - but that some obsessives are going overboard.

The Breaking Bad action figures are no longer available in Toys R Us.

Toy chain Toys R Us has pulled four action figures from the hit meth-drama Breaking Bad after a petition received over 6,000 signatures. The award-winning show followed a chemistry teacher - played by Bryan Cranston - who turns to drug dealing following his diagnosis for cancer.

Aaron Paul [L] and Bryan Cranston [R] starred in Breaking Bad - though don't try and buy those dolls in Toys R Us.

The toys came with accessories including bags of cash and meth. They are now unavailable on shelves and online.

This is not a drill. Here's your teaser for "Better Call Saul" 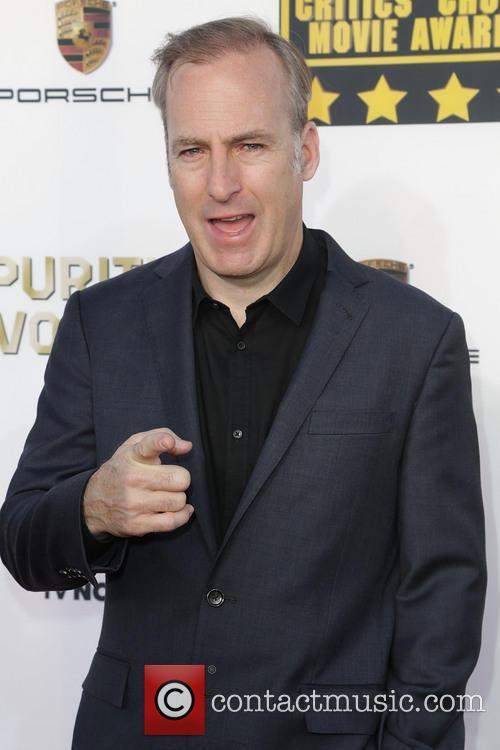 Bob Odenkirk finally stars in his own show as crooked lawyer Saul Goodman.

However, if you’re expecting a full trailer with some plot and maybe a few of the new characters thrown in, you’re out of luck. Apparently, the folks at AMC have learned a thing or two about teasers, because this one was just eight seconds long and still enough to get us all excited. Things we learned: Saul Goodman/Jimmy McGill (Bob Odenkirk) used to have hair once upon a time. Err… that’s about it really.

Continue reading: How Much Of The Plot Can You Guess From This "Better Call Saul" Teaser? Continue reading: 'Anastasia' Is The Breaking Bad Sequel That No One Wants To See

Better Call Saul, the Breaking Bad spinoff show focused on Bob Oderkirk's character Saul Goodman, will be set six years before the events of Breaking Bad, creator Vince Gilligan has announced. During his appearance at the Television Critics Association's press tour, Gilligan also teased that fan favorite characters could return, though only if it "makes sense".

"If it makes sense we'll do it, if it doesn't make sense we won't," he replied when asked about the return of Walter White, in particular.