Album Of The Week: The 39th Anniversary Of 'Upstairs At Eric's' By Yazoo

By Andrew Lockwood in Music / Festivals on 20 August 2021

Before there was Alf, The Assembly or Erasure there was the synth-pop duo Yazoo and their defining debut album, 'Upstairs At Eric's'

The inspired partnership of soul singer Alison Moyet with the developing electronic talents of Vince Clarke proved to be a huge and swift success on Yazoo's debut album Upstairs At Eric's. Quite quickly after the departure of Vince Clarke from his former band Depeche Mode, the founding member started to record songs with Moyet. Upstairs At Eric's was released, via Mute records, less than a year after Depeche Mode released their debut album, and the only album to feature Vince Clarke, Speak And Spell. Whilst that album had been a relative success Clarke had become frustrated with the band's direction and chose to leave to form Yazoo. His choice, whilst not wholly appreciated by DM at the time, was to prove very fruitful as Yazoo quickly eclipsed the successes that Depeche Mode had experienced up until that point. 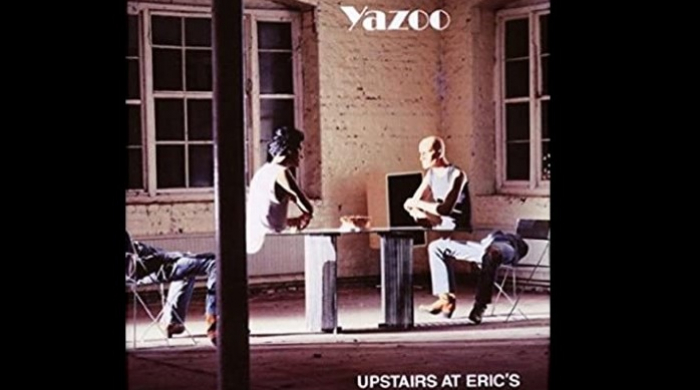 The unlikely pairing of the The Screamin' Ab Dabs singer Alison Moyet with "pretty boy" pop pioneer Vince Clarke may have been something of an "arranged marriage" at the time but it was one that fused the undoubted strengths of both artists to produce some spectacular results. Yazoo's first single, Only You, had already been penned by Clarke by the time that both he and Moyet joined forces whilst the soundtrack for the emotive ballad had also been laid down by VC in advance of them meeting. The song was recorded only three months after Clarke had left DM in the same studios that would come to reference the album's title. It was released on 15th March 1982 as the band's debut single and peaked at number two on the UK charts a month later. (An  a cappella version of this song, by the Flying Pickets, went on to reach number one in Christmas 1983).

Continue reading: Album Of The Week: The 39th Anniversary Of 'Upstairs At Eric's' By Yazoo