An emotional tribute from the 'Furious 7' star.

'Furious 7' softie Vin Diesel opens up about late friend and co-star Paul Walker once again as he accepts the People's Choice Award for their latest movie and, indeed, their last movie together. And, like every other time Paul's tragic death is mentioned, we cannot stop crying. Vin, man, you gotta stop. 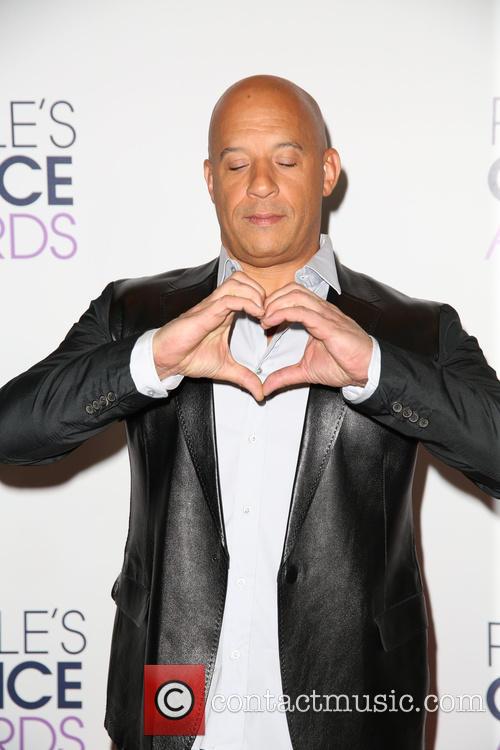 When Diesel tragically lost his friend and colleague in a car accident back in 2013, there weren't enough tears to cry. He's been pretty public about his sadness, and each year refuses to let the world's memories of Paul die. This year is no different. As he hit the stage at the 2016 People's Choice Awards to collect the awards for Favorite Movie and Action Movie which went to 'Furious 7', it wasn't long before his emotions got the better of him.

'I'm up here accepting this on behalf of my producing partner, Neil and myself', he said, looking a little nervous, before praising the cast of the movie. He stops mid-speech with a big sigh as the audience encourage him to continue. 'As I was coming up here, I always do this. I say I'm not going to get emotional about winning these awards', he confessed, looking a lot like he was holding back tears. 'I think of Dom and Brian and I start to think of Paul... My only message to you is you'd be amazed what you can do with love. You'd be amazed at how powerful a force that is. When we didn't want to come back to filming when the tragedy was too heavy, it was the love of everyone combined that saw us through to the end.'

He concluded by thanking the fans who voted and then, for all the people who'd managed to hold back the waterworks, reduced the house to tears by starting to sing the soundtrack 'See You Again' by Wiz Khalifa and Charlie Puth.

'The only thing I can say now is, 'It's been a long day without you, my friend, and I'll tell you all about it when I see you again'.'