Vin Diesel Is Urging The Fast & The Furious Director Rob Cohen To Return For One Of The Franchise's Final Three Films, Insisting It's A Dream His Late Co-star Paul Walker Had. 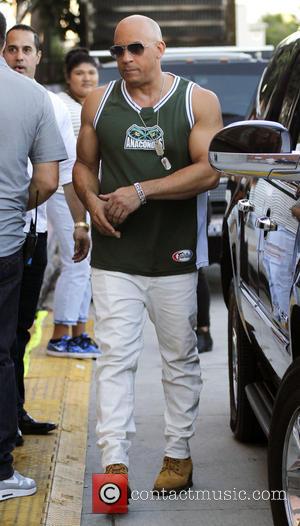 Cohen helped put the illegal car-racing series on the map in 2001, but he became a one and done director and didn't return for any of the sequels - and now Diesel wants him back behind the wheel for the trilogy, which will wrap up the film franchise.

In a post on Facebook, the action man writes, "There has always been the desire by Paul to have Rob direct one more (film), this is what fueled my campaign... I believe that he can and would reset the franchise nicely, returning to what was the core of the film in the beginning... racing.

"He would also handle the (Walker's character) Brian O'Connor issue with integrity, given that he and David Ayer were the ones who initially created that beloved character in the first place.

"Ultimately we all want the best film to honor what we have created and what you the audience has adopted as your favorite franchise. I will leave this matter in the studios hands for a moment while I release The Last Witch Hunter and start production of the long awaited Xander Returns."

And if Cohen turns down the chance to return to the franchise, Diesel has another man in mind: "I will share something crazy that my mother said six months ago after the studio had me announce the date for (Furious) 8 to the world... 'Either you direct 8 yourself... or don't do it.'

"I wrote it off as just a mother's love and belief in me, though she has seen first hand what I've done to make these movies defy expectations and become increasingly successful, even when the studio thought I was crazy... haha."