Vin Diesel breaks it down to Beyoncé and Katy Perry as he celebrates the news of his 2013 action-film 'Riddick' topping the DVD charts. 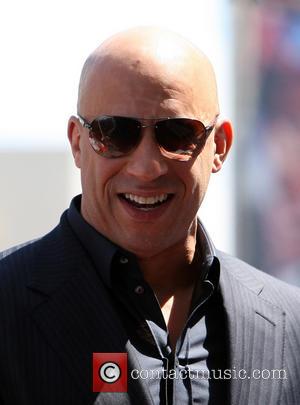 Vin Diesel is one of Hollywood's top action stars, known for playing bad ass character's on the big screen.

So it came to a surprise when the 44 year-old revealed to be a fan of pop singers Beyoncé and Katy Perry.

A video, uploaded onto his official Facebook page on Tuesday (Jan 28th), show's Diesel dancing around, for nearly seven and a half minutes, while 'Drunk In Love' and 'Dark Horse' are playing in the background.

Both Beyoncé and Perry performed their new tracks at this past Sunday's (Jan 26th) Grammy Award ceremony.

The clip, which has been liked over 700,000 times, was accompanied with the caption that simply read, "You know I love music."

As the 'Fast & Furious 6' actor began to head bang and mimic the lyrics to 'Dark Horse', he quickly turned down the volume to announce some good news about his 2013 action-film 'Riddick'.

"Guys, I'm excited, I'm happy," he said. "Universal just called me and said 'Riddick' is number one on the DVD charts. There's no way in the world 'Riddick' would have been made without you guys."

"It's a win or all of us, and I really really want to thank you so much," he continued, adding, "and of course Universal said they want to develop the next one."

Diesel then asked the viewers, "Did you guys see the Grammys last night? I couldn't go, I had to work," referring to completing shooting the final scenes for 'Fast & Furious 7' which will be released in 2015.

The clearly excited actor then began to play 'Drunk In Love' and continued to bust a move, although it is safe to say he isn't the best dancer.