Its Official: Vin Diesel will use his vocal muscles to voice 'Groot' in the upcoming Marvel adaptation 'Guardians of the Galaxy'. 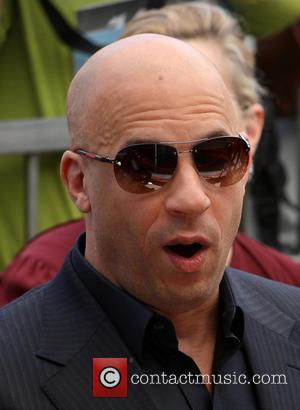 It is finally official, Vin Diesel will lend his voice for the sentimental tree-like hero 'Groot' in Marvel's 'Guardians of the Galaxy'.

Marvel studios made the announcement on Saturday (Dec 21st).

The upcoming movie, based on the comic book of the same name, follows a group of intergalactic heroes, led by Peter Quill a.k.a. Star-Lord, as they are tasked with battling cosmic threats.

Earlier this year in August (2013) it was announced Hollywood lead man Bradley Cooper was also cast in the film, he is the voice of 'Rocket Raccoon'.

James Gunn, who will direct the movie, posted a photo of Diesel along with a model of the character he will be playing, the caption read, "Vin Diesel is a super awesome dude. I can't tell you how much I like this guy."

Diesel also posted the same photo on his official Facebook page to confirm the news.

There has been talk of the 46 year-old joining the project for quite some time now and in July the 'Fast & Furious' star told USA Today that he had attended several meetings with Marvel about the role.

"To put it this way, the meeting with Marvel was a strange meeting to have in 2013," Diesel said. "On the street they say real recognizes real, and in that meeting you would say brand recognizes brand - in a real way. For a lucky kid from New York, it's a surreal feeling."

He will be joining the cast that includes Chris Pratt as 'Peter Quill/Star-Lord', Zoe Saldana as 'Gamora' and his Riddick co-star Dave Bautista as 'Drax the Destroyer'.