From Fast and Furious to Outer Space, Vin Diesel's latest role sees him as a seven foot tall tree-man who can only say two words.

Yet in conversation with Access Hollywood, Diesel summed up the relationship between his and Bradley Cooper's characters in Guardians of the Galaxy with equal simplicity: "They love each other". In what is possibly the most epic bromance of the summer, Vin Diesel plays a humanoid tree named Groot, who is only capable of saying the same phrase over and over: "I'm Groot", whilst Bradley Cooper lends his voice to a trash-talking mercenary raccoon named Rocket. Amazingly, the two actors never worked together in the studio, and Diesel the CGI team and director James Gunn with making sure their on-screen relationship was out of this world.

Diesel said that his motivation for taking on the role was his children, and he was thrilled that they loved the finished product.

"I don't think [Marvel] thought that I would do the role, but when I got it, when I got the concept art, I went home and I showed it to my family and I asked them, 'Which character do you think they want daddy to play?' and the kids pointed to the tree and there was something in that moment where I went, 'This is going to tap into people in a way that I can't even explain. Jump cut to [my kids] seeing the movie, loving the movie, imitating Groot and Rocket and everybody…my kids now look at trees differently." 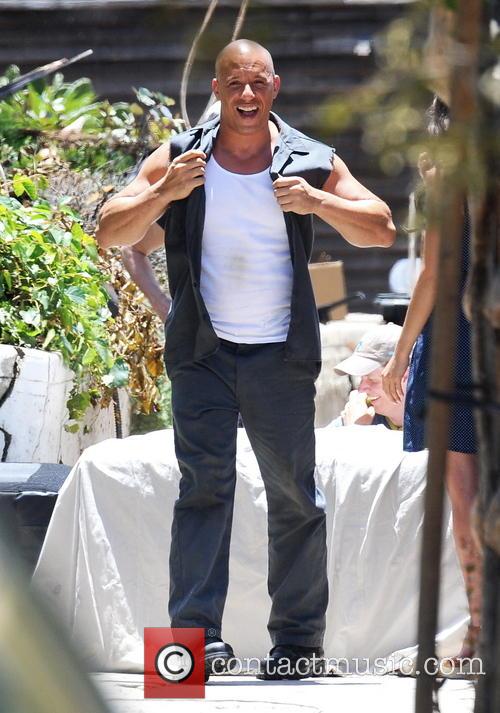 Certainly the role is (literally) worlds apart from the kind of films Vin is normally seen in; he has just finished filming Fast & Furious 7, in which he plays the lead role of Dominic Toretto. Yet an action hero is an action hero in any galaxy, and Guardians of the Galaxy is shaping up to be a summer treat for sci-fi and action fans worldwide.