Living up to his character in the film, Vin Diesel was the most wanted this weekend as cinema-goers flocked to see his survival epic. Riddick managed $18.7m, landing it the top spot for this weekend’s box office rankings. 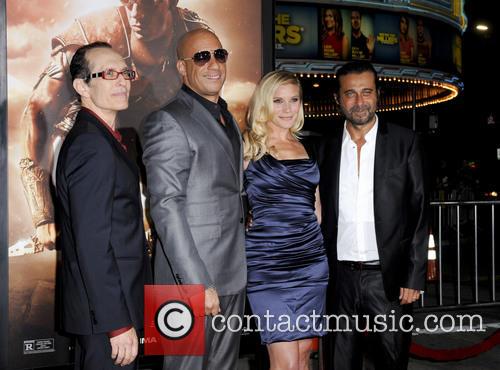 But while leading the box office is no bad thing, $18.7m does represent a slightly lower total than was predicted for the third entry to the Riddick franchise. Experts – and certainly the studio – had predicted/hoped (depending on which side you fall) that the dark action adventure would achieve something north of $20m, but it wasn’t to be.

Good old Mr Diesel admitted recently that the success of Riddick was conducive in him having a roof over his head. "If it didn't work out, I would have lost my house," Diesel revealed in an interview with MSNBC's theGrio "Everything I had in my life was leveraged to make this movie,” he added.

And now for the rest of the Box Office action. And be sure to check out our Riddick review.

Still impressing, even in its fourth week of release, is Lee Daniel’s The Butler, which managed to add $8.9m to its total, bringing it up to $91m overall. Instructions Not Included, which wowed us with a $10m opening weekend, carried on strong with $8.1m. We’re The Millers still lingers in the top five, dropping one place and grabbing $7.25m along the way.