Is 'Riddick 4' Really A Good Idea?

Vin Diesel has revealed Universal's plans for 'Riddick' 4, but is another installement of the franchise really a good idea?

Yesterday Vin Diesel announced that a fourth instalment of the ‘Riddick’ series is on its way. In a video posted on his Facebook page he told his fans: ''Universal just called me and told me 'Riddick' is number one on the DVD charts. There's no way Riddick would have been made without you guys”. Adding, “it's a win for all of us and I really, really thank you so much. Yeah, I'm excited, and of course, Universal also says they want to develop the next one.’' However 'Riddick' is not really known as one of the sci-fi world’s most successful franchises, leading us to ask is a fourth movie really a good idea? 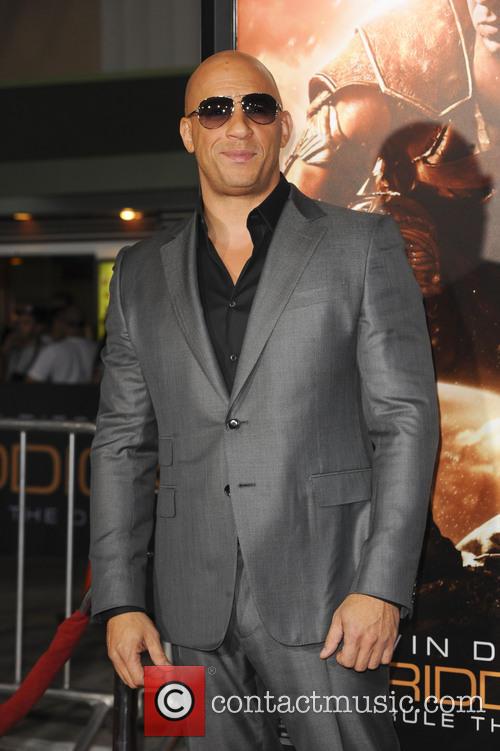 Diesel at the LA premiere of Riddick

The Riddick franchise tells the story of Riddick, an escaped convict who can see in the dark fighting in the 28th century. Our first taste of the character portrayed by Vin Diesel was in 2000’s Pitch Black. Despite a budget of $23million, the film became somewhat of a cult hit and ended up grossing over $53 million worlwide. However the film was seen more positively by fans than critics with many finding it too typical of the sci-fi action genre.

The public response to Diesel’s anti-hero Riddick however, was good enough to ensure a sequel with the character taking centre stage. First, however, came a straight to  DVD animated feature further developing the Riddick character. The Chronicles of Riddick had a considerably bigger budget than its predecessor, reported to be around $105 to $120 million, however its box office performance was disappointing taking between $107 million and $115 million worldwide. Critics this time were even less favourable with many feeling that it lacked depth beyond showing off its star Vin Diesel. However the cult following built up by Pitch Black ensured that the movie performed well upon its DVD release.

It seemed that despite Diesel’s hype, the 'Riddick 'franchise was just not a box office performer. While the sequel’s poor takings made a 'Riddick' 3 look unlikely, Diesel’s other franchise The Fast and the Furious was enjoying renewed success. This plus good DVD sales caused ‘Riddick’ to be given the green light nine years after the previous instalment.

With a budget of $38 million, considerably less than its predecessor, ’Riddick’ grossed just over $98million dollars worldwide, despite opening at number one in its first weekend in North America. Critics were still not too favourable of the franchise.

What seems clear is the person who’s most excited about the whole 'Riddick' franchise always is Vin Diesel himself. The third film did not have the backing of Universal and Diesel revealed to The Hollywood Reporter last August that he had to leverage his house, adding, "if we didn't finish the film, I would be homeless.” The franchise still performs well in the DVD market, as demonstrated by Vin Diesel’s celebration of the third instalments sales, dancing to Katy Perry on video. However the box office numbers just don’t add up. Thats why Diesel’s admission yesterday that a fourth movie was on the way is somewhat surprising. 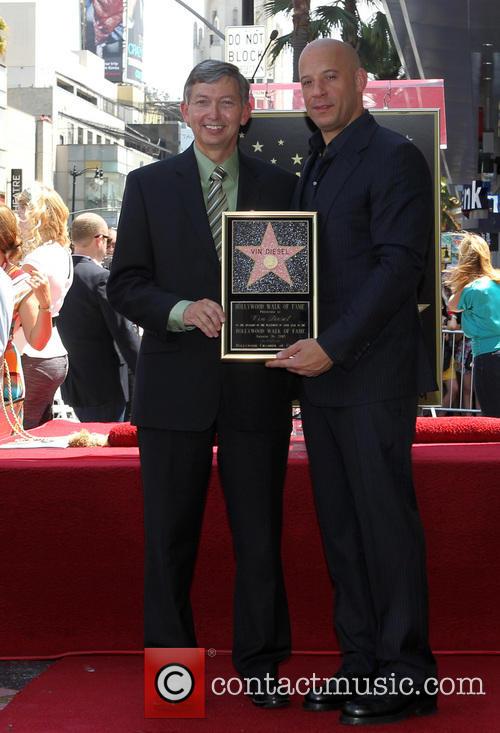 Diesel with Leon Gubler, recieving his star on the Hollywood Walk of Fame

The recent DVD sales of 'Riddick' do prove there is still interest in the franchise, however these fans don’t seem to be turning up to the box office. This instalment, however, will have the backing of Universal which will probably mean a bigger budget.. but that could also lead to big losses.

Perhaps the best thing for Diesel to do, considering he’s so passionate about the Riddick character is to go back to the straight to DVD market, ensuring the real fans will be able to see the movie, but keeping it free from box office expectations. Also the particular genre of Riddick is one that ensure the character can live on, if marketed correctly, long after the movies are over. Diesel can still give longevity to the character without making a fourth movie. It took nine years for the actor to get the third movie made but now it just seems that maybe he’s rushing into number four, when the public appetite might just not be there yet.

Remind yourself of the 'Riddick' trailer: