Check out these on-set photos

As Guardians of The Galaxy, Marvel’s superhero team have a pretty big catchment area, which includes London. Cast frm th movie were seen filming scenes on the Millennium Bridge over the River Thames over the weekend. 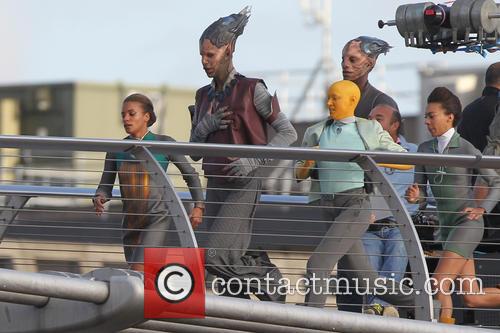 Cast film Guardians of The Galaxy in London

The highly anticipated film actually has its base in the English capital, with Shepperton Studios housing the production. Filming started yesterday with the cast sprinting over the Millennium Bridge.

Make sure you check out the full Guardians of the Galaxy photo album.

The Hobbit's Lee Pace stars in the film as Ronan the Accuser, while Benicio Del Toro stars as The Collector. The plot sees an outer-space pilot stranded; desperate, he must mould together a motley crew of futuristic ex-cons to safely courier an item across the galaxy. 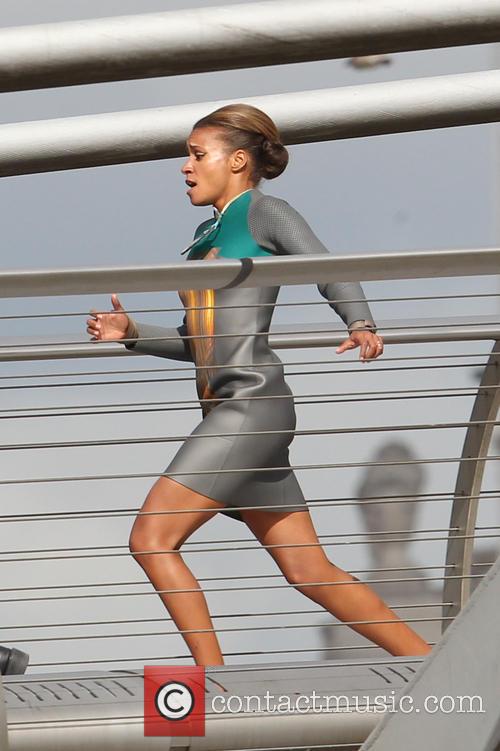 Actress runs across the Millenium Bridge

These pictures come shortly after a casting rumour was made stratospheric by Vin Diesel who posted a picture of Groot to his Facebook page via the cover photo tool. Given that he has 45m ‘likes’ on the social networking site, the story was always likely to break: Diesel is favourite to play Groot. 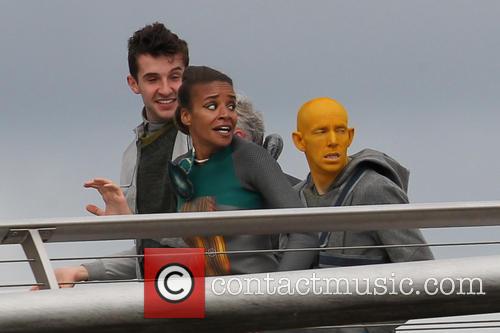 In other Guardians news, and there seems to be a lot, a recent trailer was confirmed by director James Gunn to be a fake, not that he needed to, judging by the awful quality of it. “That Guardians of the Galaxy trailer on YouTube you’re all writing me about is completely fake, of course,” he said, before adding on YouTube: “Guys, this is, of course, a fake trailer. It has nothing to do with us, nor the trailer that showed at Comic Con or D23.” (Comicbook.com)

Guardians Of The Galaxy is set to be released in movie theatres on August 1, 2014. 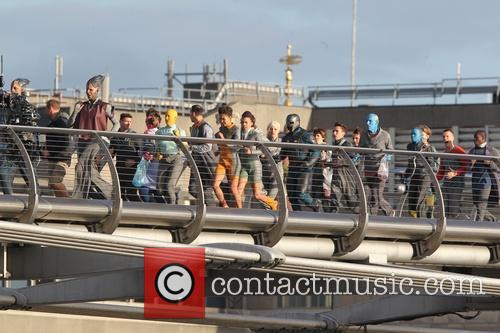 An eclectic group, shall we say