World Party - What Does It Mean Now? Audio Stream 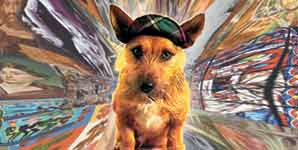 Artist: World Party
Song title: What Does it Mean Now?

World Party
What Does it Mean Now?
Audio Stream

World Party, the sharp-witted and melodic UK band led by Karl Wallinger is back. The band will be releasing Dumbing Up (released2nd May) on Wallinger's new label, Seaview Records.

Wallinger has also regained control of his catalog and will be re-releasing remastered versions of Private Revolution and Goodbye Jumbo on April 4th, followed by Bang! and Egyptology on June 6th. The band will hit the US including a SXSW Paste Magazine showcase performance and a summer tour is in the works.

4 years ago, Karl Wallinger's World Party fell apart. He terminated his long term record deal when, without his knowledge and at the suggestion of his label, most of his former band and his former label manager partnered with Robbie Williams to produce a near identical version of his hit "She's The One" that went on to win Williams the Brit Awards' Single of the Year. His manager and mentor Steve Fargnoli passed away, and then Karl had an aneurysm. After a call a year and a half ago from Fargnoli's management partner and mutual friend Arma Andon, Wallinger and World Party are back.

Despite feeling like his head's been sawn in half (which, incidentally, it has), Wallinger has regained control of his voice, his legs, his warped sense of humor and his music catalog. He's launched his own label and is playing SXSW by request and releasing a new CD in North America.