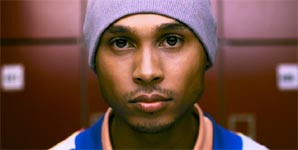 'Never Wanna Say' is the debut single by collective Soundbwoy Ent and the third highly-anticipated release on Ministry Of Sound's Urban imprint Smoove Records on the 17th April. Over the last year UK Urban Music has been crowded with too many moody beats and angry boys. 'Never Wanna Say' provides a breath of fresh air with its sultry vocals and melodic harmonies, allowing women to really enjoy the genre again. The days of singing along are back!

The underground support over the last six months has been phenomenal. The record has already had support from the likes of Jez Welham, EZ and Firin Squad (Kiss), Masterstepz (Choice Fm), DJ Cameo (1xtra) and Trevor Nelson & Ras Kwame (Radio 1). The main version features newcomer Doctor, who is already gathering heat on the underground with collaborations with Kano and Davinchi. For the romantics there is also an R&B version that will give most US-produced tracks a run for their money.

Soundbwoy Ent are producer Gerad Logan AKA 'Soundbwoy' and vocalists EC, Alexa, and Simone. At the tender age of 22 Soundbwoy himself is no stranger to working with hot UK talent, with previous credited work with Craig David, Sugababes, & Jody Lei.

With so much talent, energy and youth in the mix, 2006 is set to be a massive year for this group of youngsters and without a doubt 'Never Wanna Say' is the track that will put them on the map.