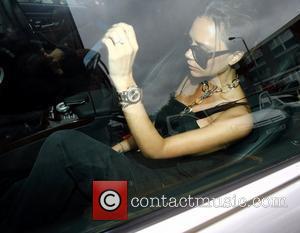 Picture: Victoria Beckham leaving her hotel to head to her offices London, England - 07.07.10

Victoria Beckham has recruited her husband DAVID into her fashion empire - the soccer star is reportedly planning to launch a menswear line under her hit label.
The trend-setting former Spice Girl is preparing to release a line of suits and evening wear for men in her upcoming 2011 collection, and she's enlisted her husband to help with some of the designs.
A source tells Britain's Mail on Sunday, "Victoria has been trying to persuade him to do it for a while and he's finally succumbed. She has reassured him that he has an eye for fashion.
"David is hoping to produce an entire range of men's couture clothing of fitted suits, smart day wear and an evening range - and Victoria thinks it will go down a storm. Meanwhile, she is working on her fifth season and is going from strength to strength."