Victoria Beckham On Why Everyone Think She's A Cow

Victoria Beckham suggests fans get the wrong impression of her from paparazzi photographs. 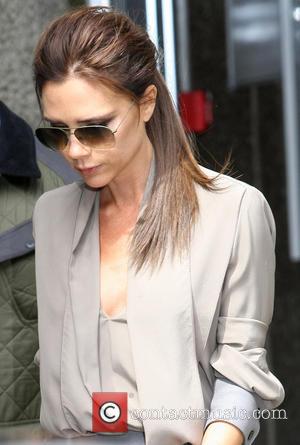 Victoria Beckham has admitted that fans presume she will be "a cow" after seeing photographs of her in the press. The fashion designer is rarely seen beaming with delight in paparazzi snaps, though speaking at the Vogue Festival in central London, the wife of David Beckham joked, "Everyone thinks I'm going to be such a cow - I get it because I think the same when I see the pictures."

The 39-year-old, who is recognized as one of the biggest designers in the world, also discussed the challenges of juggling her expanding brood with her booming business. "I'm a perfectionist, I like everything to be right. I'm probably a complete pain in the neck to work with because it is really important to me because I've grown this brand from nothing to where it is now," she said. Beckham noted that she constantly feels guilty being a working mother, "I think you feel so torn, don't you?" she said, adding, "But I've got great people who handle my schedule and everything does revolve around the children."

After spending several years in Los Angeles, Victoria and David are back in London, though he is currently playing in France for Paris-St Germain. "Living in London is very, very different from Los Angeles, but it's great, it's inspiring. London is such an inspiring place to live, so multicultural, it's interesting, I'm happy," Victoria added.