Victoria Beckham Says She Is Not Angelina Jolie 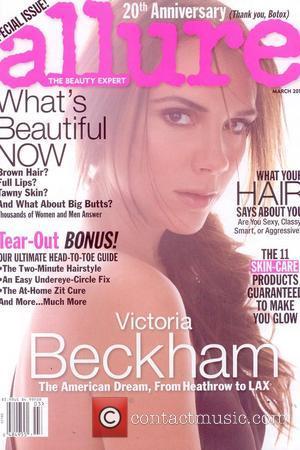 Victoria Beckham has insisted that she will not follow Angelina Jolie and have six children.
VICTORIA BECKHAM says it is unlikely that she will have more than four or five children, insisting that 'she is not Angelina'.Victoria is currently pregnant with her fourth child to husband David Beckham and admits that her real dream is have a baby-girl. Speaking to CNN, Victoria said, "If I don't have a girl this time, then maybe I'll be lucky enough and have a girl the next time". When quizzed on whether there could be more children on the way, Victoria said, "There could be, who knows? Well, I'm not Angelina. I don't know. I mean, come on". Jolie, who was previously married to the actors Jonny Lee Miller and Billy Bob Thornton, currently lives with Brad Pitt and the couple have three adopted children 'Maddox' 'Pax' and 'Zahara' as well as three biological children 'Shiloh', 'Knox' and 'Vivienne'. The Beckhams currently have three sons, 'Brooklyn', 'Romeo' and 'Cruz'.
VICTORIA BECKHAM and husband David hit the headlines recently after it was revealed that they have been invited to the forthcoming Royal Wedding of Prince William and KATE MIDDLETON.