But the Spice Girls and fashion designer doesn't mind at all - "he looks so beautiful!"

At the age of 41 he’s still one of the most desirable men on the planet, and now David Beckham’s wife Victoria has revealed the secret to his looks – he often uses her range of beauty products.

Talking about her new collection of cosmetic products on ‘This Morning’ on Wednesday (September 14th), the former Spice Girl and fashion designer revealed that David regularly uses it to help maintain his own beauty regimen.

“David does steal my beauty products,” she dished to the show’s presenters. “It doesn't annoy me… he looks so beautiful!” 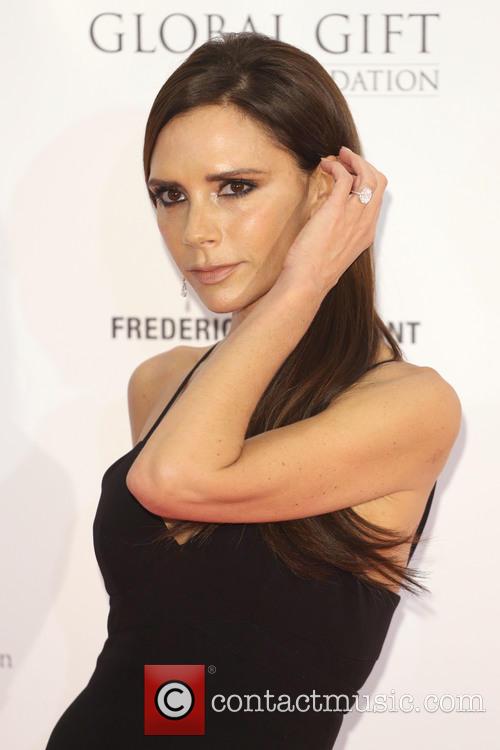 It was a rare live TV performance in Britain for the 41 year old singer was promoting a new 15-piece range she made in conjunction with Estee Lauder. She was mobbed by adoring fans in New York at the Bergdorf Goodman luxury department store the previous day when she turned up to officially launch the products.

More: “The other two b****es didn’t want to do it” – Mel B explains why Spice Girls reunion will only be three

During New York Fashion Week last week, where she unveiled a separate fashion collection SS17 in the financial district of the city, she also praised her ex-footballer husband and the contribution he makes toward her fashion empire by being so involved with the family.

“David only arrived yesterday, and he’s so great. I couldn’t do any of this without him,” Victoria told The Telegraph.

“He is very supportive and it means I can come away and work and know he is being the best dad looking after the kids. We work very well together, because David travels a lot and when he travels I am at home. There is always someone there with the children.”