Harper is now officially part of Brand Beckham, with her name a protected trademark for a range of products and purposes.

Victoria Beckham has registered their daughter Harper’s name as a trademark in the United Kingdom and Europe, it has been reported.

The five year old girl is now officially a part of Brand Beckham, following in the footsteps of her three older brothers (Brooklyn, 18, Romeo, 14, and Cruz, 12) who also had their names registered with the UK’s Intellectual Property Office and the EU-wide equivalent authority back in December last year.

It means that Harper’s name will now be able to be used as a brand for products such as toys, make-up and clothes as she gets older. Furthermore, 42 year old Victoria has registered her daughter’s name for use in the entertainment industry if she wants to pursue a career in the public eye.

Victoria Beckham has registered her kids' names as trademarks

Their parents made the same move a very long time ago, with former footballer David trademarking his name in 2000 and his wife Victoria two years later as she set out on her post-Spice Girls solo career.

Once approved and registered in this way, a trademark lasts for 10 years before they have to be renewed, meaning that Harper will still be a teenager when this original move expires.

“It normally happens when your career is getting going and a lawyer says, ‘Let’s get some protection in place’,” intellectual property lawyer Oliver Bray told the Daily Mail on Thursday (April 13th). “As opposed to the future-proofing which is what Victoria Beckham has done with her children. It may be a sign of the times with social media and the whole way in which celebrities are exploited.” 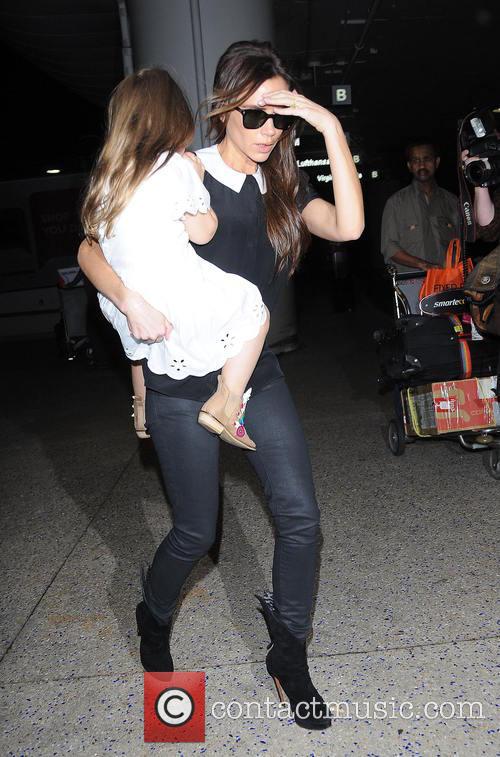 Talking to the same publication, brand expert Nigel Currie also agreed said it was a sensible move. “Obviously the Beckham name is worth something and they don’t want someone trading off it and using it to create their own brand.”

In the recent past, the Beckham children have begun to enjoy their own moments in the spotlight. Brooklyn and Romeo have both modelled for Burberry, while Cruz released a Christmas single at the end of last year.