Victoria Beckham was embarrassed about telling Marc Jacobs she had launched a fashion line because she used to be a pop star. 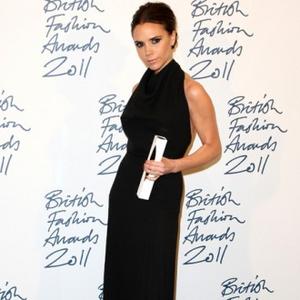 Victoria Beckham was embarrassed about her fashion pedigree when she had dinner with Marc Jacobs.

The former Spice Girls star - who is married to soccer star David Beckham - wasn't always confident of her design abilities and admitted she was worried the sartorialist wouldn't take her seriously.

She said: "We went out to dinner one night, and he said, 'I saw that you put out a collection.'

"I felt embarrassed to tell Marc Jacobs that I - me, ex-Spice Girl, married to a footballer - was creating a fashion line."

However, Victoria - who was recently "overwhelmed" to be presented with the Designer Brand of the Year gong at the British Fashion Awards - has since overcome her fears and now says she never worries about "proving" herself to other people.

She told America's ELLE magazine: "People say to me, 'Oh you've proved yourself to everybody...' But that was never why I did this.

"I have to say I was not expecting to win and I was quite overwhelmed.

"I've never felt my heart beating so fast. I lost the ability to think or speak - my vocabulary just went out the window. It means so much to me.

"I had the most phenomenal team of people and I was up there on behalf of all of us and I really didn't want to forget anyone. My mind was completely blank."