Victoria Beckham: 'David Is All Man' 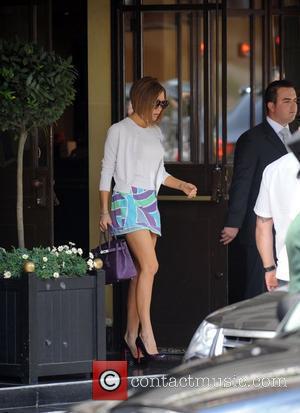 Singer Victoria Beckham has slammed claims husband DAVID manhood has been digitally enhanced in his provocative new advertisement for Giorgio Armani. The new promotional campaign, which was unveiled on Monday (10Dec07) after the soccer star was named as the new face of Emporio Armani underwear, features the L.A. Galaxy player lying seductively across a bed, proudly showing off a bulging groin - which fans speculated was computer-altered. But the Spice Girl insists what's pictured in the pair of white briefs is all his. She says, "I'm proud I still have a really good sex life with David. He is very much in proportion. He does have a huge one, though. He does. You can see it in the advert. It is all his. It is like a tractor exhaust pipe!"