Victoria Beckham says her designs flatter every figure and claims women don't have to be skinny to wear her clothes. 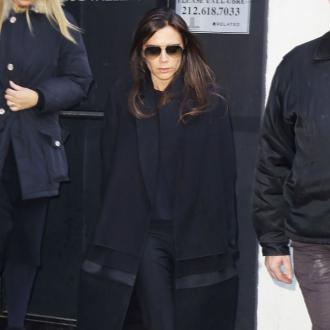 The designer wants to appeal to a broad range of clients and claims her ready-to-wear line - which is filled with looser, more casual silhouettes in her latest Spring/Summer 2014 collection - flatters all figures, suiting everyone from voluptuous chat show legend Oprah Winfrey to super slim women like herself.

She told France's Grazia magazine: ''A lot of women think they have to be slim to wear my clothes, which isn't at all the case. I've dressed Oprah Winfrey, for instance. It's not because I have a certain body shape that I expect my clients to be the same.''

The Spice Girl singer, formerly known as Posh Spice, added that Oprah's womanly figure looked ''magnificent'' in one of her more body-con dresses.

The star - who debuted her own eponymous collection in 2008 at New York Fashion Week - is thrilled her popularity as a designer keeps growing and maintains her primary concern is the quality and reputation of her brand rather than her status.

The mother-of-four explained: ''I never wanted to say: my name is Beckham, and I'm going to put on a show! That's not what's important to me, the end product is.''

Victoria also confessed she is a bit of a control freak when it comes to her fashion label, laughing: ''I supervise everything!''