Harper Seven Beckham has topped a list of the hottest celebrities under 25 beating a host of huge stars including Lady GaGa and Justin Bieber. 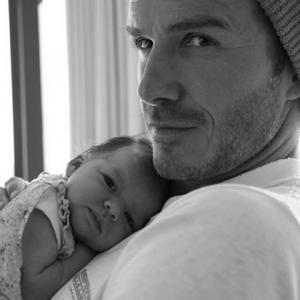 Harper Seven Beckham has topped a list of the hottest celebrities under 25.

The eight-week-old tot - the youngest child of David and Victoria Beckham - beat a host of huge names including Lady GaGa, Blake Lively and Emma Stone to take the top spot in InStyle's Hot 100 List, thanks to her famous parents.

The British magazine said: "Will she be a pop star, designer or sportswoman? Either way, Posh's daughter inherits a Gaggle of hunky older brothers and one heck of a wardrobe."

Controversial singer Lady Gaga, 25, narrowly made the list, only managing to place at number 99 ahead of 100th place 'Mamma Mia' star Amanda Seyfried.